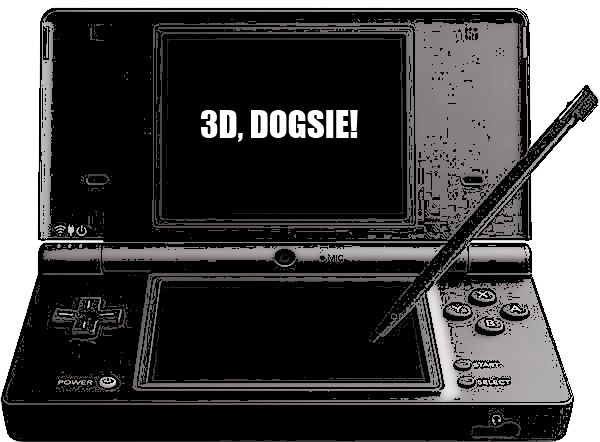 Nintendo’s announcement of its new portable 3D gamimg device 3DS was very brief, prompting us to speculate about possible features and implications for the way people will play games in the future. But today the Nikkei, Japan’s Wall Street Journal, is offering a bit more insight (and the Nikkei is usually a very reliable source).

As a reminder, what we know so far is that the new hardware won’t require any glasses for users to see the 3D images, will be backwards compatible to DS and DSi games, make its debut between April 2010 and March 2011, and make its debut at the E3 gaming conference in Los Angeles in June.

Here are all new details the Nikkei was able to dig up:

– Nintendo says the 3DS will be the first device of its kind.

– It will be sold, probably in Japan first, in the latter half of this year.

– Nintendo considers giving the 3DS a 3D joystick, force feedback and an accelerometer.

– The screen will be not be larger than four inches (the DSi XL’s screen is 4.2 inches).

Another interesting thing to note is that Nintendo shares traded above 30,000 yen ($330) for the first time in over 11 months Wednesday (30,850 yen, which is 2,880 yen above Tuesday’s close). Investors have big expectations for 3D, it seems.