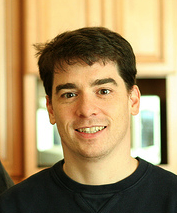 One of Yahoo’s key chief technologists, Sam Pullara, is leaving the company to become an Entrepreneur in Residence (EIR) at Benchmark Capital. Pullara was the technologist who headed up the development of the the Yahoo! Open Application Platform, the Yahoo! Query Language and Yahoo! Pipes. His departure follows that of veteran Yahoo senior executive Ash Patel earlier this week.

Back in 2008, Yahoo was making a big push to open itself up to developers, and Pullara was one of the champions of that strategy. He was also Yahoo’s representative on the OpenSocial Foundation, which sought to create a counterweight to Facebook.

Pullara has been an EIR before. In 2004, he held that position at Accel Partners and created a startup called Gauntlet Systems, which he sold to Borland in 2006. At Benchmark, he will be looking for new startup opportunities. He will also be working again with Benchmark partner Peter Fenton, who was at Accel when Pullara was there. Pullara’s last day at Yahoo will be on April 1. Yahoo has no plans to hire a replacement.