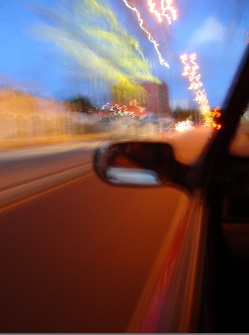 Google’s obsession with speed is well-documented. One of the primary design principles behind its search engine is to return results as fast as possible and strip away anything extra. But its need for speed goes well beyond search. All of Google’s apps are optimized for speed (well, except Gmail lately, but they promise to fix that). The Chrome browser is extremely fast, and the upcoming Chrome OS is also expected to make Web browsing and other computing tasks zippier.

It almost doesn’t matter if Google’s Chrome browser and OS gain significant market share or not, as long as they push other browsers and operating systems to keep up in the speed race. Google’s need for speed boils down to one very simple thing: money. It realized long ago that every millisecond improvement in pageload times on its search engine resulted in more searches, and thus more search ads served and clicked on. The opposite is also true. Google once did a study showing that delays of 100 to 400 millisecond in showing search results translated into up to 0.6 percent searches. Multiply that across the billions of searches done on Google and it starts to add up to real money, perhaps tens of millions of dollars per quarter.

Google can keep trying to make search faster because that is under its control. But what about the rest of the Web? The faster pages load, the more Web pages people will visit overall (this is why broadband adoption is the single biggest driver of Internet traffic and e-commerce). And it stands to reason that the more Web pages you visit, the more searches you will perform in any given day. Because searches are driven by the other things you do on the Web. You go look for information, surf around, and then go back to search when you want to find something new (at least Google hopes you do). By helping to speed up the Web, Google can speed up that information loop so that instead of waiting for Web pages to load you can get what you need and start another search instead.

No wonder Google tries to do everything it can to make the Web faster. For instance, it is supporting emerging standards such as HTML5 and SPDY, and sharing its best practices and speed-monitoring tools with developers. It is also baking the PuSH protocol into Google Reader and other apps. In doing so, Google is helping to deliver news feeds faster (PuSH, aka Pubsubhubbub, was created by two Google engineers, of course, and released as an open-source project). The list goes on and on.

It is all about trying to get people to achieve a “flow state” where they are just clicking from one link to the next and it all happens instantaneously. In order for humans not to notice electronic delays, new information needs to appear in a matter of milliseconds. Get the whole Web humming like that and we may never leave our monitors.