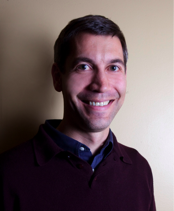 Prior to his tenure at Nielsen Mobile, Forese was a senior vice president at mobile metrics and research company Telephia where he led overall product strategy and had P&L responsibility across the company’s product lines. Telephia was eventually acquired by Nielsen in 2007. Forese also worked at several telecom and technology based start-ups, including Flashpoint Technologies, Netro and Pacific Bell Mobile Systems.

In addition to their new CEO, Motally has also elected Doug Garland to its board. Prior to joining Google, Doug was an executive in residence at the venture capital firm Kleiner, Perkins, Caufield & Byers. Earlier, he was a senior vice president at Yahoo!, where he led the launch of the broadband access business and the company’s mobile efforts.

Motally has been expanding and innovating at a rapid pace over the past several months. The startup just launched an analytics platform for mobile game developers, rolled out an extension of their mobile analytics to include content developed on Apple’s iPad and released a flexible API.

Currently, Motally supports analytics for applications on the iPhone, Android, and BlackBerry platforms as well as the mobile web. For a young startup, Motally has seen significant traction as a mobile analytics provider. Backed by renown investor Ron Conway, Motally’s clients include Twitter, Yelp, Fandango and Verizon.