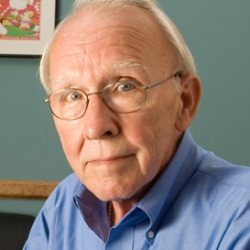 In a brief statement, Apple has announced that one of the company’s board members, Jerome B. York, has passed away. The veteran auto-industry executive was hospitalized in serious condition after a burst brain aneurysm this morning, according to the WSJ, and he apparently died soon after.

York was chairman, president and CEO of Harwinton Capital. A former CFO of IBM and Chrysler, and former vice chairman of Tracinda, he joined Apple’s Board of Directors in 1997.

He was born in Memphis, Tennessee in 1938. He graduated from the United States Military Academy, and received an MS from the Massachusetts Institute of Technology and an MBA from the University of Michigan.

Trained as an engineer, York worked his way up through Chrysler to become CFO.

You can read more background on the man here.

Apple CEO Steve Jobs in a statement said: “It’s been a privilege to know and work with Jerry, and I’m going to miss him a lot.”