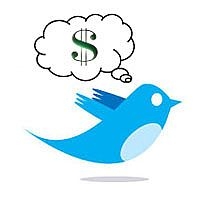 Later today, Twitter CEO Evan Williams will be interviewed by Umair Haque of the Havas Media Lab at the SXSW conference in Austin, Texas. We’ll of course be covering any announcements that will be made by Williams on stage, but we expect that at least part of the keynote address will be centered around the company’s advertising platform.

Update: please refer to our live blog from the Williams keynote address, and the details of the announced ‘At Anywhere’ platform.

Twitter made a memorable splash at SXSW three years ago, and will likely have opted for the conference as the right place to detail its digital advertising plans, which it hopes will become a major source of revenue in addition to its realtime search outsourcing deals with major Internet players like Google, Microsoft and Yahoo, which are said to have already turned the company profitable on an operational basis.

Just for reference: the company also switched the flip on the geolocation feature for its website in time for SXSW.

Nobody knows for sure whether Twitter will effectively be launching its proprietary ad platform today, but there’s a good chance it will, at least to a subset of advertisers. The company’s head of monetization, Anamitra Banerji, stated as much during a talk at an advertising industry panel on 22 February when he said Twitter’s online ad platform would debut in beta form ‘in a month or so’.

In addition, GigaOM’s Mathew Ingram at the time cited a source from the media industry who said Twitter was working with several major partners for the imminent launch, including “new and traditional media”.

We – and others – have speculated before about what Twitter ads could or should look like and last November, Twitter COO Dick Costolo told us at our Realtime Crunchup that the new ads will be “fascinating”, “non-traditional” and that “people will love it”.

I’ve yet to come across any form of digital advertising that people truly love, and Twitter is tricky territory for advertising as it revolves primarily around personal, direct communication between individuals. It isn’t anything like putting display ads up on a newspaper site (or even a social network), or matching search keywords with relevant text ads.

I’m very curious to find out what will be so non-traditional and fascinating about Twitter’s ad model, and if they’ve effectively been able to come up with a way that will prove both beneficial for online advertisers and non-disruptive for its many millions of users throughout the world. I’m also looking forward to April, when Twitter will likely be outlining its revenue strategy with third-party developers at its first ever Chirp conference.