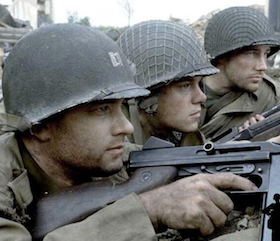 The SXSW festival in Austin, Texas is currently ground zero for a war, the location war. While over a dozen services have launched new products or features around location, two still seem to stand above all others in terms of use here: Foursquare and Gowalla. Earlier today, Business Insider ran a report suggesting that Foursquare was dominating the battle — unfortunately, that’s simply not true.

In fact, Foursquare and Gowalla are basically in a statistical dead heat, at least in Austin. Multiple sources confirmed this information, and one actually showed me proof (which I was asked not to share). In other words, the war is still raging.

So why did Business Insider draw the conclusion that Foursquare was “mopping the floor” with Gowalla? Because they looked at their “The Hive” feature which scans Twitter for links being shared by influencers, and noticed that many more are sharing Foursquare links. Of course, the main problem with this information is that it uses a small sample set of data. The other problem, as Business Insider notes in an update, is that Foursquare tends to have more “spam check-ins” — that is, fake check-ins.

It’s important to remember that while Gowalla uses GPS data to verify a person is actually at the venue they say they are, Foursquare does not. That’s how this guy can check-in all over the world and steal mayorships for places he’s never been. The downside to Gowalla’s system is that sometimes it prevents you from being able to check-in at all, if they can’t verify you’re at a place. Or sometimes places are created in the wrong spot, so you can’t check-in some places even if you’re really there.

To use my own small sample set of data, it seems that the people on my social graph is Austin are in fact using both Foursquare and Gowalla to check-in everywhere they go. I’ve also noticed that more seem to be sending check-in data to Twitter from Foursquare. But again, that doesn’t mean they’re not using both, just that they’ve decided to use only one to send out data to Twitter (which makes sense), and for whatever reason, most are choosing Foursquare for that.