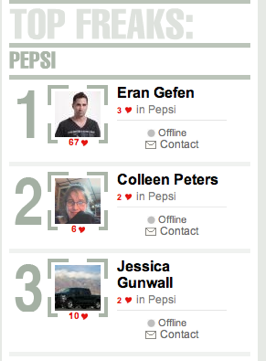 Ever wanted to tell the world how much you love BMW, Coca-Cola, and any of the other biggest brand names on Earth? Here’s your chance: MyBrandz is a new community site that looks to let people talk about their favorite brands with other users, allowing them to share their favorite products, photos, and more. You may remember MyBrandz as the company that convinced a guy to tattoo the YouTube logo to his arm a few months back.

My initial reaction to the site was that it was a bit bizarre — is there really an audience of people who want to talk about how much they love these multibillion dollar corporations (many of which couldn’t give a hoot about their customers)? And then I remembered the throngs of die-hard Apple fans that police internet forums, and the Ferrari store in downtown San Francisco that sells $200+ leather jackets emblazoned with the classic logo. Yeah, there’s definitely an audience for this.

Once you’ve browsed to the fan page of the company you like, you can share notes, photos, video, and links with like-minded fans. To help boost engagement, the site is currently running a promotion that invites users to ‘own their brand’ — the top user for a given brand site will win a free stock certificate. The site is happy to point out that “a Google share is worth more than $600 and an Apple share over $200”, but doesn’t go out of its way to say that the top user on Playboy’s fan page can expect a windfall of $3.58.

The site has some nice touches, like a scrolling wall of logos to help you quickly build out a roster of your favorite brands, and a graph that plots the ranking of brands based on their market value and popularity. But, as with most social sites, it’s going to face a chicken-and-egg problem. And many of these brands have already spawned their own communities and forums — it’s going to be hard to get those to migrate to MyBrandz.

Brand fans may also want to check out Logorama, the brand-studded animated short that just won an Oscar. 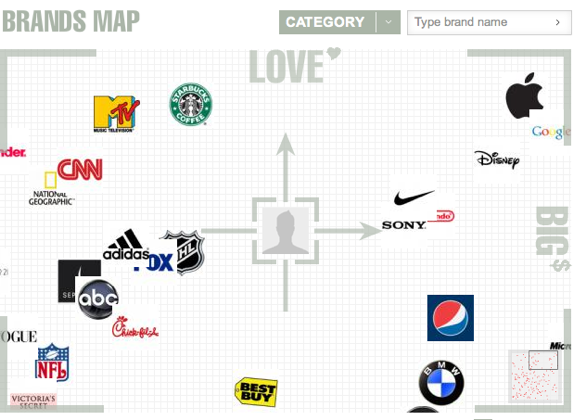