It has been suggested that the album is dead. That’s a bit hasty, I think; such an established musical tool can only be detonated when both the patron and the artist turn the key. What people are seeing is that the patrons (i.e. distributors and labels) have turned their key, and are now looking significantly at the artists, who aren’t quite sure yet. In fact, some are trying to talk the other guy down.

Ever since Bach slipped some lesser-known works into a concert intended to gratify the public’s need for a saucy sarabande, the single has been the unit of promotion for larger musical works. Yet those larger works always remained distinct; the single was often a part of something larger, enjoyable as a whole or in its constituent parts to be sure, but the thing is there was a whole to speak of. That may not always be the case for much longer.

As Nicholas notes, iTunes LP sales are pretty poor. Sure, they’ll look nice on an iPad and sure, having a good official version of the video is nice, but music is simply taking another tack these days, and a big premium package doesn’t fit. Digital distribution means the album is an eccentricity — to distributors. The thing is that not every artist is ready to change that — they call themselves artists for a reason, and to completely abandon the album is, I presume, for them like admitting they’re just making a product. Hey, depending on your opinion of a lot of the music out there today, you may or may not think that’s true already, but the artists are the ones making the music and it’s for them to decide when they’ll stop making albums.

I’m sure there have been scuffles along these lines ever since iTunes became popular and contracts started getting renegotiated to accommodate 99-cent track downloads and such. In fact, it seems ridiculously late for Pink Floyd to jump down EMI’s throat about offering its tracks up for sale individually, which they claim is a breach of contract. EMI contends that that clause only applied to physical albums. It’s being hashed out as we speak, but it’s a fun little conflict, isn’t it? I’m rooting for Floyd. If they leave EMI after 40 years over this, I’d freak out. Probably not possible. 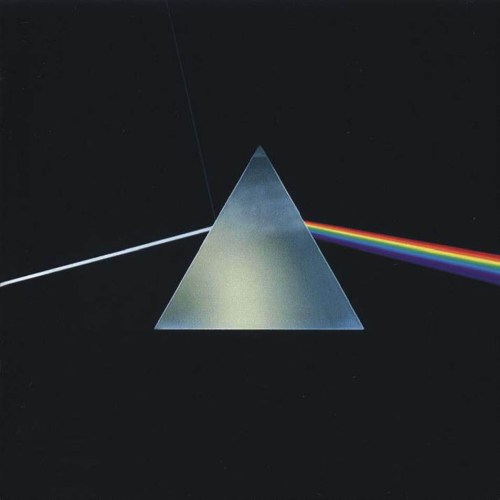 Whether or not it’s a breach of Pink Floyd’s particular contract is immaterial in the end, though — the question is whether the artist should even have the ability to say “No – no singles, no individual tracks, no videos. Album only.” —or some variant thereof. I mean after all, almost all of Dark Side of the Moon flows one track into the other, to say nothing of albums from some of my favorite artists, from Sigur Ros to Deerhunter to Hotel Hotel. In fact, much of my favorite music has an album structure or concept — and I would argue that it’s because having that kind of concept indicates more care and craft taken with the music, more time and more planning. Shouldn’t they be able to say no to individual track availability, even at the cost of overall sales?

But I digress; this isn’t a music blog. The question that will soon be answered is whether any artists will pull the trigger. There’s going to be a stigma to overcome (that of a mere songsmith) but when we’re already seeing iTunes exclusives and stuff like that, it doesn’t seem so far off. I support Pink Floyd and personally I wouldn’t want to buy their tracks one by one, but that’s a whole other era of music. Distributors are embracing the new system; how long can it be before artists start to do so as more than a fluke or experiment?