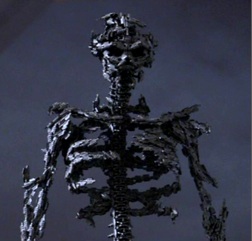 My last post triggered some interesting debates in the blogosphere about whether entrepreneurs were a product of nature or could be nurtured. It’s not black or white. People are a product of their upbringing and education. Average humans can achieve extraordinary feats when they really try. I’ll concede that, like some great athletes, some great entrepreneurs may have something different about them that gives them a special advantage (this is a topic that I am presently researching). But not every entrepreneur needs to reap the same fortune as Bill Gates or Mark Zuckerberg to qualify as a success. You can build a good lifestyle business that pays the bills, or that does good for the world, and be considered a successful entrepreneur. (And you’ll probably be happier and gain more respect than most billionaires do.) Entrepreneurship isn’t all about the IPO.

I hold steadfast to my belief — based on my experience in building two great technology companies and in mentoring around 200 entrepreneurs over some years and on what I’ve learned from my academic research into the background and motivations of entrepreneurs — that entrepreneurs can be made. People born into entrepreneurial families may have the advantage of knowing the ups and downs of business, and, all else being equal, people from entrepreneurial families are certainly more likely to become entrepreneurs than others are. But the skills required to build, manage, and grow a business can be learned, and this education can level the playing field. VCs who judge entrepreneurs based on age, sex, ethnicity, or family background are doing their limited partners, and society, a great disservice.

There was one criticism of my last post that caused me to do serious introspection.  The question: was Bill Gates’s dad an entrepreneur? I cited Gates Jr. as an example of an entrepreneur who didn’t come from an entrepreneurial family. A number of readers, including Jason Calacanis, pointed, out that Gates Sr. was a partner in a law firm, and so an entrepreneur, arguing that my citation was therefore faulty.

I’ve debated and written about this issue before. The broader question is whether anyone who starts a business, whether it is a law practice, a computer consulting firm, or a dry-cleaning store, is an entrepreneur. Management guru Peter Drucker would have answered with a definitive No. He wrote, “Not every new small business is entrepreneurial or represents entrepreneurship… entrepreneurs innovate. Innovation is the specific instrument of entrepreneurship.” Drucker didn’t mince words.

When I told this to some of my friends, I heard loud protests. Murali Bashyam, who started an immigration-law practice, insisted he was as much an entrepreneur as Bill Gates and his dad. Murali threatened, “if you decide that I’m not an entrepreneur, I might decide that the daily stress of growing and running a business, financial risks involved, and all the other headaches that come with creating something out of nothing is just not worth it. Maybe I’ll close up and go work for someone, where I can earn a steady and high salary and go home at 5 pm”. 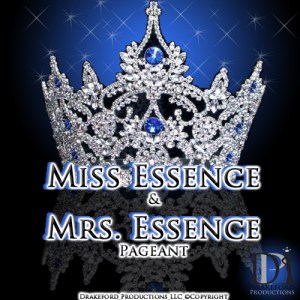 Similarly, Sue Drakeford, who was Miss Nebraska 2001, had started a production company to host its own pageants and teach other African American women like her to gain the confidence and skills to compete in the real world. She wanted to provide a wholesome alternative to what she called the “cold-blooded cutthroat world of modeling and beauty pageants”.  But Sue was working full-time at a bank and ran this business on the side. Was she an entrepreneur?  Sue insisted she was.

After agonizing over this for weeks, I went to my friends at the Kauffman Foundation, and they referred me to their book titled “Good Capitalism, Bad Capitalism”. Carl Schramm and Bob Litan wrote that all who take the risk are entrepreneurs, but that there are two types of entrepreneurs: “Replicative entrepreneurs”, who constitute the vast majority of small businesses (such as restaurants and dry cleaners), and “innovative entrepreneurs” — the rare few who bring new products/services to market or who pioneer new production methods (such as Walmart, eBay, and Dell).

Under the Kauffman definition, Sue would qualify as an “innovative entrepreneur”, because she is developing new services and pioneering new methods. In contrast, Murali would be a “replicative entrepreneur”, because he delivers a standardized service in a field that charges primarily by the hour for its time. Murali could well end up running a huge law firm and be worth many millions, but that doesn’t make him particularly innovative in his business model. 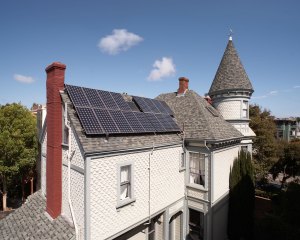 You can bring innovation to “replicative” fields as Arrington did. Take the example of SunRun. The company installs solar cells — which is as mundane or “replicative” a business as you can get. But its CEO, Edward Fenster, developed a new business model under which his company installs solar panels on a customer’s house for little to no upfront cost and only charges for the power that customers use.  SunRun also insures, maintains, repairs, and monitors the system, and provides a money-back guarantee on the system’s energy production. This has made solar power available to the masses at an affordable cost and the company has become largest residential solar company in the country, operating in five states, and growing at more than 400% per year. 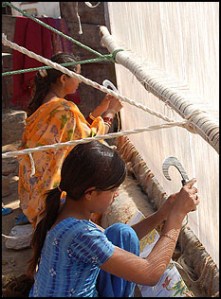 Another great example I’ve seen of an entrepreneur who has innovated in a replicative industry is Nand Kishore Chaudhary. He brought automation, supply-chain management, and professional business practices to the mundane process of carpet weaving and distribution in the desert state of Rajasthan, India.  By implementing modern production practices and ERP technology, he was able to grow a small business, Jaipur Rugs, that he’d run from his home into a world-class production and distribution company, which employed 40,000 workers and generated $21 million in revenue in 2008. This is in a land where PCs were, until recently, as scarce as rainwater.

What’s the moral of the story? Don’t listen to the naysayers who are simply defending their informed views and biases by telling you that it’s nature or some special DNA that makes entrepreneurs or leads to entrepreneurial success. Don’t even be discouraged if you’re in a mundane, replicative industry. You can learn the skills needed to become a successful entrepreneur, and you can innovate.