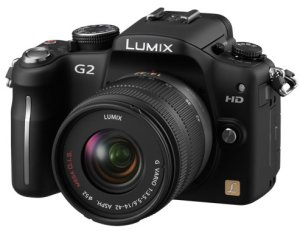 Guess someone talked, because the info on the new Panasonic G2 and G10’s are out early. While there is a whole long list of details on everything for AF lock to Color temperature, let’s just concentrate on the big news, shall we?

The G10 is also a micro four thirds camera, with a 12.1 megapixel sensor. Honestly, all the stats look the same as the G2, so it’s unclear at this time what the major difference is between the two cameras. This could be due to an error in the leak or some other related issue, we’ll definitely let you know more once the official release is available.