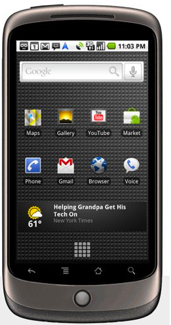 One of the advantages of having a plethora of app directories for iPhone and Android devices, is the wealth of additional data that has emerged regarding users buying and downloading habits. Facebook-based app directory mPlayit has a few compelling stats out today that show that games are four times as popular among iPhone users than among the Android user base. BlackBerry users are twice as likely to be looking for games content than Android users, eventhough BlackBerry devices are primarily used for business purposes.

Other trends identified by mPlayit include the massive growth of location-based apps, with Loopt, Foursquare and Gowalla all receiving attention on the directory by users. But mPlayit says that even lesser known location-based apps such as FastMall and AroundMe on iPhone are receiving an increased number of downloads. Evernote continues to dominate on the Android, iPhone and BlackBerry platforms, in the Lists & Notes category. Barcode-scanning apps are also increasingly popular, holding the top Utilities category slot for iPhone and BlackBerry, and the second Shopping category slot for Android and iPhone.

The fact that that Android platform doesn’t support gaming as well as the iPhone is not new. But with the introduction of powerful Android devices such as Motorola’s Droid and most recently, Google’s Nexus 1, gaming apps and functionality has improved on the device. Especially now that both devices have multi-touch technology. That being said, it may take a bit longer for both developers and users to catch on.

MPlayit /2009/11/18/myplayit-launches-mobile-app-discovery-directory-on-facebook/”>launched its Facebook app that allows users to discover, share and recommend a variety of mobile apps back in November and covers apps available for the iPhone, Android, BlackBerry and Mobile (Java) devices. Mplayit’s directory of apps includes a dedicated page for each app where Mplayit will post videos of the app (created either by the developer or pulled from YouTube), a detailed description of the app and reviews. You can also click to buy the app from various app markets, including Apple’s App Store and the Android Market. Once you start clicking on various app and downloading apps, Mplayit will begin to recommend apps to you based on your behavior on the site.