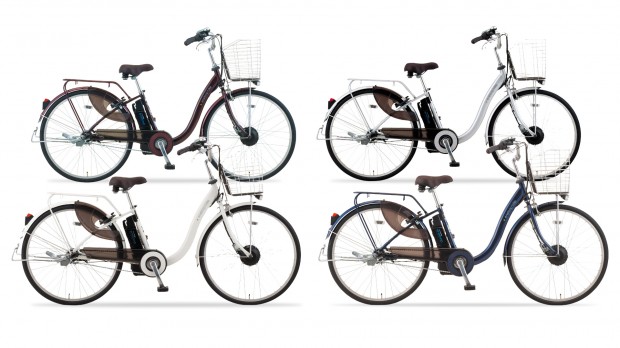 We have reported about electric bicycles multiple times in the past, but today Sanyo in Japan announced [press release in English] the “eneloop Hybrid Bicycle” whose battery riders can actively charge while pedaling on flat roads. Previous models, for example this one Sanyo released in 2008, mainly harness energy from braking when the bike goes downhill (“Loop Charge Mode”).

Dubbed Eco Charge Mode, Sanyo will use the new system in their next eneloop models, the CY-SPL226 (26-inch wheel diameter/pictured on top) and CY-SPL224 (24-inch wheel diameter). Riders can still charge the 25.2 V-7.6 Ah battery via the Loop Charge Mode, but now have more options to save energy for longer riding distances with the new system (Sanyo says the Eco Charge Mode increases the assisted travel distance by about 53%). 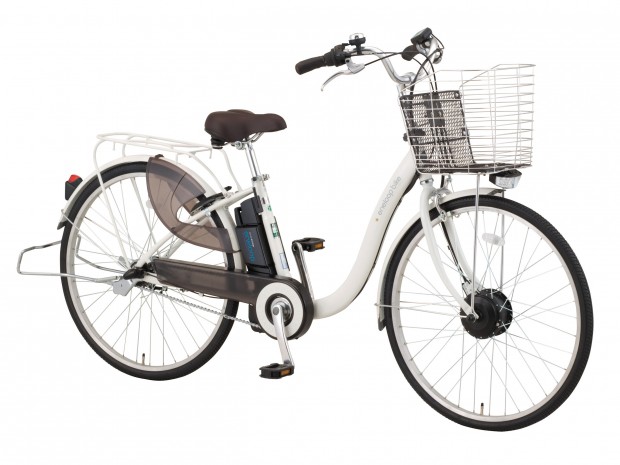 The two new models feature an assisted travel distance of up to 55km and even 68km when equipped with an extra battery. A full charge of the battery takes 280 minutes.

Sanyo plans to start selling the new e-bikes in Japan on April 28 (price: $1,800 each). The company unfortunately doesn’t say if the eneloop bikes will ever be sold outside Japan (where 350,000 bikes have been sold last year) as well.