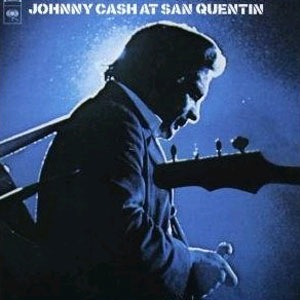 No one likes the food at San Quentin State Prison. That’s the gist I get from reading its reviews on Yelp. Yes, it’s on Yelp .

Maybe this shouldn’t be all that surprising since there is a museum that you can take a tour of (and they occasionally do private tours). But if you read over the reviews, a number of them are from people who have family inside or have been in themselves. Sure, they could be lying, but it’s still kind of humorous. California’s oldest prison, with the largest death row in the country, is being actively reviewed on Yelp.

Here’s one reviewer — a supposed former short-term inmate — that gave it 2 stars:

The 4 days I spent here were miserable. We all arrive on the grey goose & are schackled and escorted to a main pen to be counted & dispersed.

This place is cold & damp and just like every prison movie -(the green mile) you have ever seen depiciting a shit hole prison.

Yeah they play baseball with local sF organizations and they have deathrow inmates but mostly its a minimum/medium security facility with a bunch of short timers.

It’s kind of nostalgic because of its sorted history but…

This is not a place you wanna end up. Not all big bad & scary like the movies make it, but cold,damp and miserable with really shitty food.

AVOID AT ALL COST!

And Yelp isn’t the only social site showing San Quentin the love. They have a Foursquare page too. Seven people have checked-in so far, with one Jeff D. lucky enough to be the mayor (with three visits). Gino W. left a tip:

Stay away. The food is horrible

I can’t find the prison on Gowalla yet. If some inmate is reading this, consider making the venue. 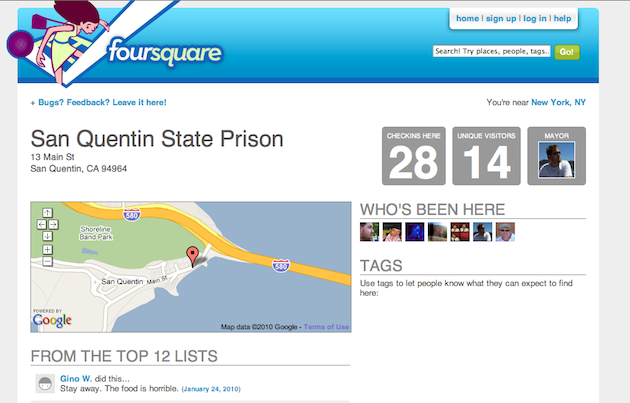