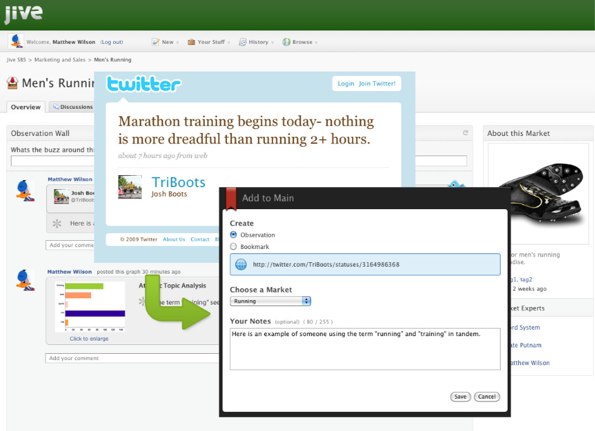 There’s a changing of the guard taking place at social software company Jive. Co-founder and CEO Dave Hersh will be stepping down from the role to allow board member Tony Zingale to take over as interim CEO. Hersh will continue at Jive as chairman of the company’s board of directors.

Zingale was most recently the president and CEO of enterprise company Mercury Interactive, which was acquired by HP. Prior to Mercury, he was President and CEO of CRM provider Clarify. Jive’s board of directors has begun a search for a permanent CEO, and is currently evaluating candidates for the position.

Jive, which recently acquired social media monitoring startup Filtrbox, has been steadily growing. The startup just raised $12 million from Sequoia Capital and also expanded its operations to Silicon Valley with a new Palo Alto office. The company said in a statement that the new CEO will be helping Jive continue on its growth trajectory.

But Jive may be also facing the heat from Saleforce’s venture into the social enterprise space with Chatter. While Chatter is still in private beta, Salesforce’s application is eliciting a lot of buzz in the enterprise world. Unfortunately, Salesforce is limiting its beta users so its unclear how much of a threat it will be to the existing social offerings in the marketplace, but its potential threat to Jive’s marketshare is sure to be on the company’s mind at the moment.