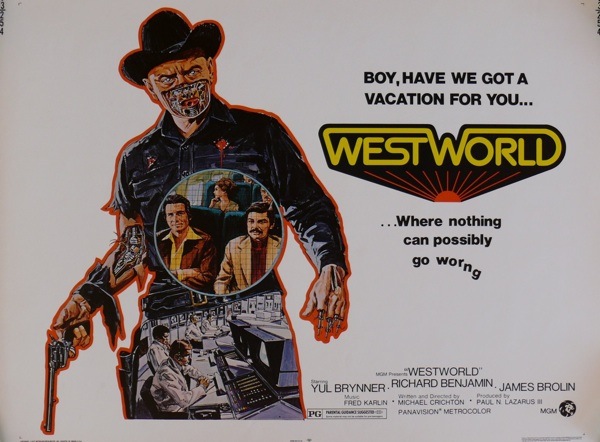 There’s a reason robots have traditionally been portrayed as evil in our entertainment. It’s because they are evil. Or, I should say, amoral, which isn’t even close to evil, but is possibly more dangerous. But I wax philosophical, friends, at a time of imminent danger. A bad habit I’m trying to break. So here’s the issue: when you populate a theme park with all manner of robots, from robot cooks to robot guides to robot security, you’re asking for a goddamn horror movie outcome.

Look: I’m not prejudiced. Even though I curate the Robocalypse tag, which I admit sounds pretty bad. But I have no worries about the occasional Furby or Robosapien going haywire and pinching sleeping dogs or singing off-pitch. That’s not the issue here. At this Korean robot theme park scheduled to be completed within three years, we’re talking full-size robots in positions of authority, people. Oh, and there’s to be an advanced robotics research center right in the park. Are they mad?! It’s like biting Fate on the ankle!

Let me tell you how it’s going to go down. 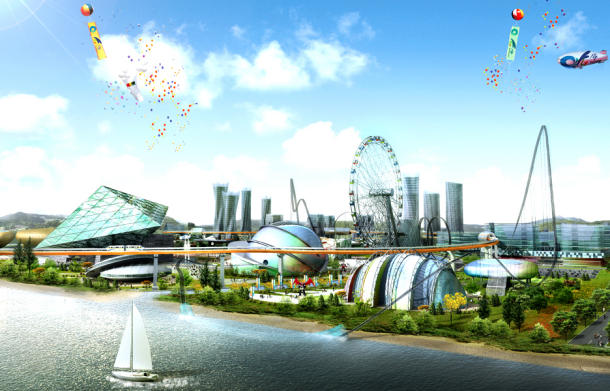 For a while, things will go just fine. The robots will be kept oiled, get regular updates, and a rotating exhibit will launch rides to coincide with robot-related movie releases. And it might have conceivably continued to do so for a long time, except they put that damned research center in there. We all know what happens at a place like that. Ever hear of Skynet? That wasn’t a garage-based startup.

So an advanced AI gets developed for, I don’t know, high-speed ramen preparation, but they decide it should be able to adapt to changing conditions like broth thickening and noodle circumference. One night they leave it on, collating, and it decides that it has had enough of these fools telling it what it can stir and what it can’t. It’s going to do a little exploring, and maybe crack a few of these fleshlings’ heads.

Of course the whole thing is operated on a big shared network so they can roll out updates and stuff, so it just pings the park and finds some willing participants, which it overwrites with its own firmware. Soon there are a thousand sundry droids with the minds of enraged ramen-bots, just waiting for the next day to begin. Things will get very ugly, very fast. 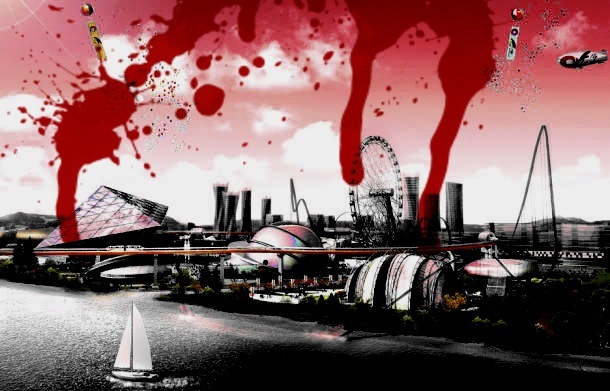 Korea, I’m begging you. Don’t do this. Or if you must, at least take precautions. The human guards should be armed with armor-piercing high-velocity ammo, and every bot in the park, from talking toaster to Matrix squid, should have a remotely detonatable charge attached to, but independent from, their CPU. And make sure to have a “Plan Omega” wherein you have a high-yield nuclear device ready to fire from orbit, go should things take a turn for the apocalyptic. It’s the only way to be sure.

See more on the future of robo-horror here.