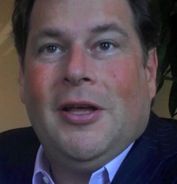 Salesforce CEO and Chairman Marc Benioff unveiled the company’s realtime micromessaging technology as it went into a private beta with 100 customers. The press event featured a rather unique sketch of the company’s vision of the near future of enterprise realtime by Benioff, followed by several quick demos of the product’s capabilities as leveraged by several partners.

Interestingly, Benioff’s meta view of what he called Cloud 2 and what we call realtime seemed almost a reverie in contrast to the demos, which illustrated in a few short dives into the Salesforce architecture how deeply Chatter is already embedded in the platform. The messaging around this new Collaboration platform was if anything underplayed next to the reality, that Chatter completely transforms the business process layer.

Salesforce already has decoupled rapid development and deployment from the exigencies of hardware and on-premise software management. Now, with Chatter, customers and developers (read partners) can bootstrap new realtime techniques that take advantage of the flattening of business heirarchies and the tendency for small businesses and startups to distribute work around a fluid workforce where key players wear multiple hats.

It seems almost too simple an insight, that the speed with which Salesforce is innovating is exponentially growing with each new layer of its stack. The so-called collaboration layer launched today is potentially far more than just a competitor to Sharepoint and Lotus Notes, but also the harbinger of new application strategies that may launch new businesses out of their own realtime designs and problem-solving.

In conversation later with Benioff, it’s clear that he sees Salesforce in a strong position to not just compete, but move up and out of the SFA beginnings of the company and into a period of rapid growth. With Google talking aggressively about moving Buzz to the enterprise, the question for customers is how long they can afford to wait for the search giant to catch up to what Benioff already is deploying.

Benioff’s job is to pay close attention to Google’s strategy of using Buzz to drive ubiquity around various emerging open formats and consensus around the value of such consumer data as supportive of enterprise business process flows. He also has to rapidly add Android to his iPhone and Blackberry clients. I came out of today’s low key messaging with a much greater sense of the speed with which Salesforce is putting the foot to the pedal. Letting the demos do the talking is something new for Benioff, and a powerful buy signal.