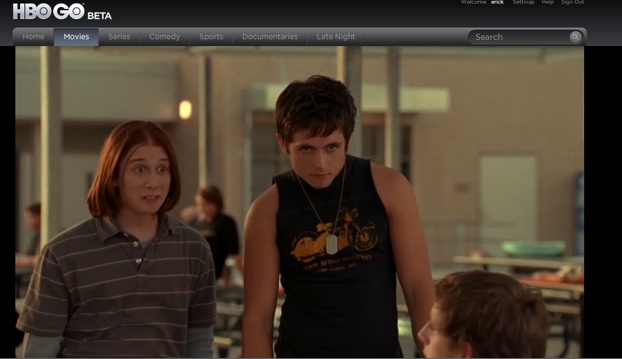 Today HBO announced it will be making its movies and TV Shows available on the Web to subscribers through HBO Go, which up until now has been in private beta. HBO Go is part of the cable industry’s TV Everywhere strategy to make TV content available online to paying subscribers. It contains 600 hours of movies and TV shows which can be streamed live and even in HD. HBO Go is available first to Verizon FIOS subscribers. Since I am a Verizon FIOS customer, I logged into HBO Go this morning and checked it out. (Despite reports elsewhere that it won’t be available until Thursday, it is in fact now live). Below are my initial impressions and screenshots.

The videos play decently and you can watch in HD, but if I wasn’t already paying for HBO I certainly wouldn’t pay for access to this site. The choice of shows and movies is just not that great. You can watch every episode of The Wire, and the final season of The Sopranos, but not one episode of Curb Your Enthusiasm. You get a lot more in your cable subscription, especially if you get multiple HBO channels. The on-demand option is great, but essentially HBO Go is competing with much broader array of choices on the TV which can also be made on-demand through a DVR. There are some movies like The Watchmen and Taken, which I think I’ve already seen three times each this month on TV, and a spattering of older archived movies like Canadian Bacon, but for the most part the selection is worse than what you get on Netflix via its streaming option. I’m not sure I want to see The Chumscrubber in HD.

The site itself is well-designed, image heavy with lots of entry points. You are greeted with a slideshow view of ten shows and movies on heavy rotation, including the movie Taken, HBO Series Big Love and The Wire, and a Dennis Miller special. If you have HBO, you can’t really avoid any of these shows, so nothing special there except that you can stream it anywhere on your laptop. Tabs across the top allow you to explore deeper into movies, series, comedy, sports, documentaries, and “late night” (aka, HBO’s hard-hitting sex documentary series like Real Sex). Everything is done in Flash, which makes it a beautiful experience, but it won’t be accessible on an iPad or iPhone without converting the site into an app

For each series, you can choose any episode for at least one season, but some shows are missing. You can also create a watchlist to watch shows later. When I was clicking through the site, the streaming quality was great, but when I tried to switch to another show or movie the audio to Canadian Bacon kept playing in the background (which isn’t necessarily a bad thing—I love that movie).

My main issue with HBO Go is not the fact that it is behind a paywall (after all, that is HBO’s business even on TV) or the site’s look and feel. The site’s navigation is clean, everything is easy to find, and the playback looks great. And moving part of its video library online is a smart move for HBO. My issue is with the selection. It’s not just that 600 hours of rotating shows and movies is just a fraction of what HBO shows on TV in any given month. Managing 600 hours of on-demand video is resource intensive, so HBO has to set some limit. HBO is not Web video company. But Hulu or even Verizon could manage a bigger catalog, and even keep the paywall.

TV is moving online, as this first step by HBO illustrates. But ultimately, I want all the channels I get through Verizon to be available for searching, managing, and video streaming on the Web. Verizon FIOS already lets me program my home DVR from the Web, but I can only watch those shows on my TV. There is still a disconnect between my computer and my TV, and that is frustrating. And yes, I want it all because I am already paying for it. 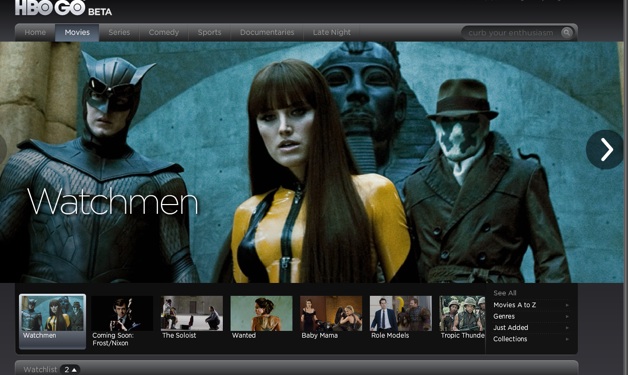 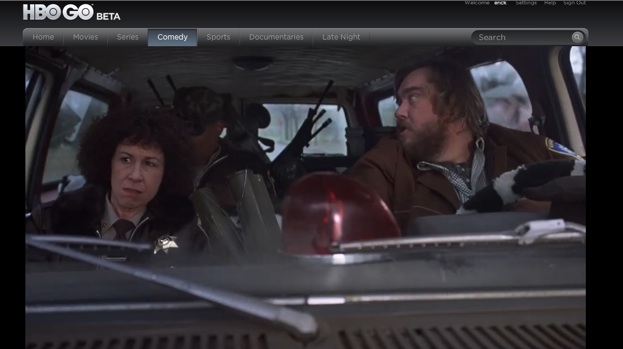 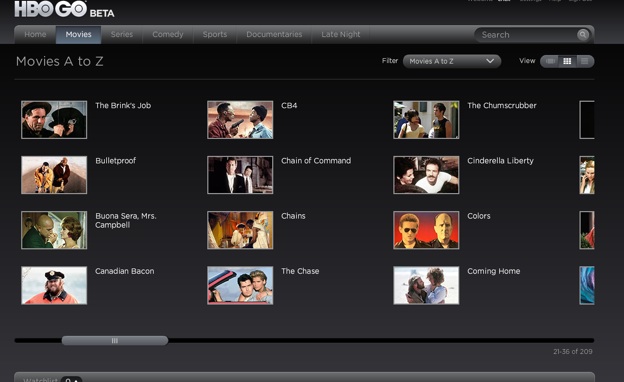 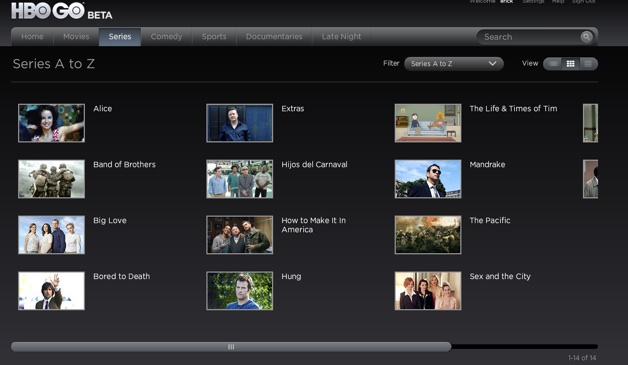