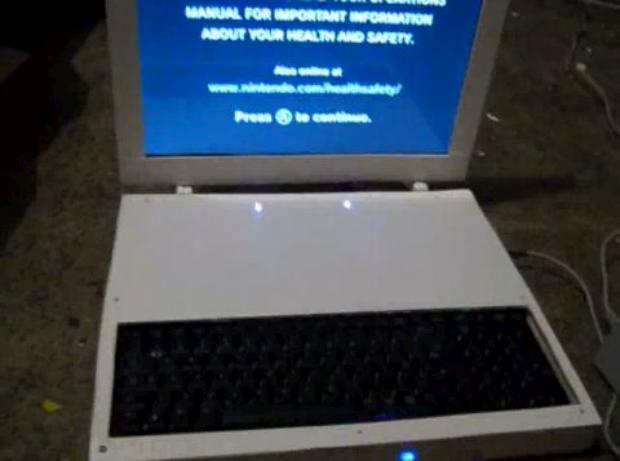 Of all the consoles to stuff into a laptop form factor, the Wii’s minute size makes it as good a candidate as any. And while Wii laptop mods have been done before, this most recent one has the distinction of being relatively thin at just over 2.5 inches.

Hacked together by a user over in the Ben Heck forums, this portable Wii cost over $600 to put together but the end result looks pretty nice and features a sizeable screen and keyboard. Here’s a YouTube video showcasing some of the ins and outs.