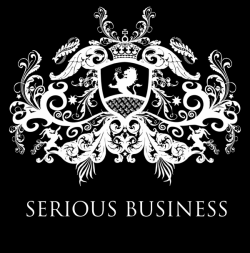 Zynga, the heavily-funded social gaming company, today announced that it has signed an agreement to acquire Serious Business, fellow creators of social games on Facebook. The terms of the agreement were not disclosed, but it appears to be more of a strategic purchase to bring in more experienced social game development talent.

Serious Business raised $4 million in venture capital from Lightspeed Venture Partners back in April 2008. Its apps for Facebook include the enormously popular and revenue-generating Friends For Sale and Rock Legends.

As part of the agreement, Serious Business employees will join Zynga at the company’s San Francisco headquarters.

Serious Business was founded by Alex Le, former software engineer at Powerset and Yellowpages.com, and Siqi Chen, also formerly with Powerset (which was acquired by Microsoft for $100 million in August of 2008). Both are still in their twenties.

Zynga says it currently has over 235 million monthly active users playing its games. These include FarmVille, Zynga Poker, Mafia Wars, YoVille, Café World, FishVille and PetVille, which are available on a wide range of social networking services and mobile devices.

The company, which was one of the main subjects of our Scamville series, has raised a stunning $219 million in venture capital over 3 rounds (not including angel investor Reid Hoffman’s seed financing).

This is likely just the beginning of a wave of consolidation in the red hot social gaming space.