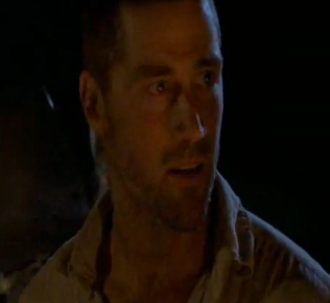 There’s a very interesting op-ed piece in The New York Times today entitled Microsoft’s Creative Destruction. In it, the author details what he feels are the reasons that Microsoft has failed to innovate at the same pace as their competitors over the years. Big deal, right? After all, a lot of people write these types of pieces all the time. The difference this time? It’s by Dick Brass, who was a vice president at Microsoft for seven years, from 1997 to 2004.

Brass’ comments have caused such a fuss, that Microsoft’s vice president of corporate communications was even forced to respond on their official blog. And while obviously Microsoft’s PR team is going to downplay some of Brass’ comments, and refute others with counter examples, the post completely ignores what I see to be Brass’ main point: that Microsoft has become a place with dozens if not hundreds of civil wars going on within the company.

One example Brass cites is ClearType, which he worked on. While, as Microsoft counters, ClearType now is a part of Windows, Brass says it should have and would have been implemented much sooner had other groups within the company not “felt threatened by our success.”

He further elaborates that the vice president of pocket devices went as far to say that they’d support it only if his group gained complete control over it. He also notes the head of Office being opposed to it. And that’s interesting because it’s also the head of Office that he also blames for helping to kill the tablet PC concept Microsoft started all the way back in 2001.

As Brass tells it, the VP of Office products refused to modify his software to work properly with the tablet. This is exactly the opposite of what Apple showed off at last week’s iPad event, as Steve Jobs brought the iWork team out on stage to show how they reworked the software specifically for the new product.

Now, iWork is not Office, obviously. No matter what you think about the two products, iWork is a very small part of Apple’s big revenue picture, while Office is a large part of Microsoft’s. But that’s exactly the point. As Brass notes, Microsoft’s is making a ton of revenue, but almost all of it comes from two places: Windows and Office. Because of that, those two branches undoubtedly have a huge amount of power, and his two examples showcase that.

The problem with this is that if Google (and to a lesser extent, Apple) has their way, both Windows and Office will be less important going forward. Obviously, that’s far from a sure thing, but the trends of everything moving towards mobile and/or to the web are very clear. And Microsoft would not be investing so much in its online division, if they didn’t agree. But despite the investments, things aren’t going too well for Microsoft in the online realm from a revenue perspective. In fact, they’re going horribly. And from the way Brass tells it, here’s why:

Internal competition is common at great companies. It can be wisely encouraged to force ideas to compete. The problem comes when the competition becomes uncontrolled and destructive. At Microsoft, it has created a dysfunctional corporate culture in which the big established groups are allowed to prey upon emerging teams, belittle their efforts, compete unfairly against them for resources, and over time hector them out of existence. It’s not an accident that almost all the executives in charge of Microsoft’s music, e-books, phone, online, search and tablet efforts over the past decade have left.

Microsoft is not Apple. That is to say, their employees will often talk about their experiences working for the software giant. And to say that many of them echo Brass’ points about teams working against one another (and in some cases, people in the same team working against one another) is an understatement. In fact, I would say that most of them concede to this being a major problem within the company. Even if they say it’s not a problem within their actual group, they’ll admit that in other groups within the company it is a huge problem.

That’s a management problem. And if it involves certain divisions getting priority or resources over others, it’s an upper management problem. Microsoft supporters are always quick to point back to the revenues as if to say, “things can’t be going that badly if we’re making all this money.” And the bottom-line is obviously important, but it doesn’t address any underlying problems. Nothing lasts forever, and that includes Windows and Office. And to rest on those while innovative new products suffer, is foolish.

Another ex-Microsoft employee, Don Dodge, has been quick to criticize the company in recent months as well on some of these issues. Here’s what he had to tell VentureBeat recently:

At a high level, Microsoft today is where IBM was in late ’80s, early ’90s. When I was just starting my career, IBM ruled the world. IBM was the dominant computer provider in the world — hardware, software, network, you name it, IBM was king. I think in the late ’80s and early ’90s, we saw that shift and Microsoft became king of the hill. And in 2009, 2010, going forward, Microsoft is sort of like IBM. It’s a longtime company with a great tradition and still very profitable, but it’s not the leader.

The fact of the matter is that the two hottest things being talked about right now are mobile and tablets. Microsoft was heavily involved in both of those very early and yet somehow either managed to completely fail (tablets) or let their product bleed to death in an age of bandages (Windows Mobile). It doesn’t seem to be a lack of vision, it’s a lack of execution.

So what’s the root cause of all this infighting? Are those in power at Microsoft too old (one Microsoft-watcher has pondered that twice now). Is the entire company just too big (at least one Microsoftie thinks so even after 5,000+ layoffs). Is it a lack of enthusiasm among workers? More importantly, what is Microsoft going to do about it?

As ABC’s hit show Lost enters its final season, it’s basically been impossible to avoid the commercials about it for weeks now. But one of them somewhat reminds me of this situation at Microsoft. Maybe the company needs a Jack Shephard-type leader to gather them all together and say, “if we can’t live together, we’re gonna die alone.”