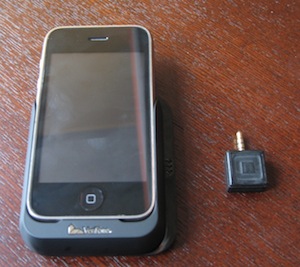 As we noted back in December, VeriFone wasn’t just going to sit back and let Square, the new startup by Twitter creator Jack Dorsey, dominate the iPhone/iPod touch payment space. Unfortunately, their announcement of PAYware Mobile looked rushed (and Photoshopped), and Dorsey himself didn’t seem too worried. Since then though, VeriFone was nice enough to send us the hardware they are going to use to accept payments on the iPhone — it’s very real.

Today, the other key part of the equation has just gone live in the App Store, the PAYware Mobile app. This free application, when paired with the hardware, allows you to use your iPhone to easily accept credit card payments, just as Square does. Still, as Dorsey noted in the original video we took with him (second video below), Square is being aimed at a broader market of people who may not have merchant accounts but still wish to be able to accept payments. Also, while VeriFone’s hardware is clearly better designed for use with the actual iPhone, Square’s method of using the headphone jack is so that it will be able to be used with other mobile devices eventually (Square is currently working on an Android app, for example). VeriFone promises support for other platforms as well, but this particular hardware unit will only work with an iPhone 3G or iPhone 3GS.

VeriFone also clearly believes its solution is the safer bet for merchants thanks to its secure payment gateway. Truth be told, running transactions on this device does feel a bit safer than Square’s, but there are also a range of confusing options. And setting the thing up is kind of a pain. You’re also paying for this extra security. VeriFone’s solution has a $49 activation fee, along with a monthly fee of $15 — on top of the 17 cents you’re paying on each transaction. Square gives its hardware and accounts away for free, but plans to take a small percentage of each transaction. This will be an interesting battle to watch.

Watch a quick demo of VeriFone PAYware Mobile in the video below. You can order the hardware here. And you can find the app in the App Store here. 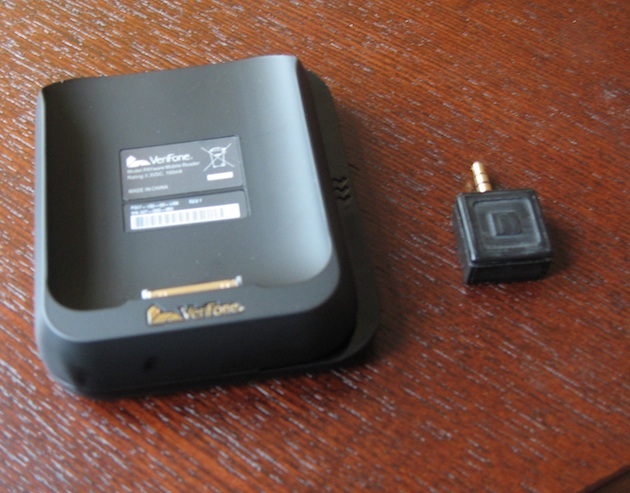