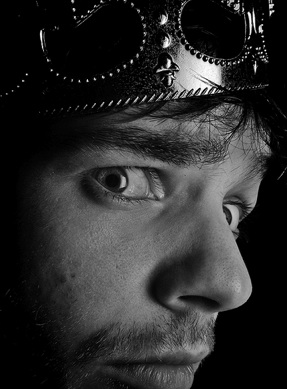 Editor’s note: This guest post is by Andrew Keen, the author of Cult of the Amateur and an advisor to Arts and Labs, a collaboration between entertainment companies, software providers, telecommunications providers, artists and creators.

Some people don’t like TV Everywhere, Comcast’s and Time Warner’s plan to bring cable TV to the Web.  They are just paranoid.

Allow me to explain. In his 1964 Harper’s Magazine essay “The Paranoid Style in American Politics”, Columbia University historian Richard Hofstadter argued that American politics has often been a stage for excessively conspiratorial and suspicious minds from both the left and the right. What disturbed Hofstadter most of all was the sanity of the paranoid. “It is the use of paranoid modes of expression by more or less normal people that make the phenomenon significant,” he explained. By infecting normal people, Hoftstadter worried, the paranoid style had made conspiratorial fantasy a troublingly recurrent feature of American political culture.

Hofstadter is correct. From Andrew Jackson to Joseph McCarthy to contemporary Americans on both the left and the right, the paranoid style—with its obsessive targeting of the Roman Papacy or Russian communists or Wall Street bankers or Muslim terrorists—has replaced rational discussion with what Hoftstadter called “heated exaggeration, suspiciousness and conspiratorial fantasy.”

As the Internet has become more and more of a central political issue in American life, so the paranoid style has, unfortunately, begun to infect our public discussion about technology and media. Much of this paranoia focuses on the supposed selfishly monopolistic intentions of mainstream media which, for many otherwise sane people, represents a deadly threat against the so-called “people’s Internet”. Thus, from Rupert Murdoch’s obstinate determination to protect the economic value of his content on the Internet to Bono’s latest defense of intellectual property to the perpetual hysteria around the Network Neutrality debate, any criticism of piracy or defense of paid content is viewed in the darkest and most apocalyptical terms by paranoid advocates of an “open” and “free” Internet.

Richard Hoftstadter’s “angry minds” who, in the 19th century, obsessed over the threat of masons, Jesuits and munitions makers, have, in the digital 21st century, discovered record labels, movie studios and, above all, telecoms and cable companies as the root of all our problems. Take, for example, the paranoia that has greeted Comcast and Time Warner’s announcement of their TV Everywhere pilot. On the face of it, the non-exclusive TV Everywhere service is a perfectly rational and reasonable effort by the cable companies to combine the values of their offline and online businesses. The test scheme – which is about to be rolled out to 5,000 Comcast customers – enables subscribers to access content from Time Warner’s TBS and TNT channels which they’ve paid for on their cable boxes for free on the Internet.

So what’s not to like about TV Everywhere? If you choose to pay for cable service, then you’ll be able to access this content for free on the Internet. If not, then you won’t. And if current cable subscribers object for any reason to the TV Everywhere scheme, then they can simply end their commercial relationship with Comcast and go elsewhere to acquire their media.

But TV Everywhere has been greeted with exaggerated suspiciousness and conspiratorial fantasy by some Internet groups. This paranoia is particularly palpable at lobbying groups like Free Press and Public Knowledge—organizations which often appear to be intrinsically opposed to the online business initiatives of large, established media companies.

For example, Josh Silver, Executive Director of Free Press, has argued that TV Everywhere is really a “desperate bid by old media giants to crush the emerging market for online TV.” And here’s the paranoid language with which Marvin Ammori, senior adviser at Free Press, characterized TV Everywhere:

The launch of the TV Everywhere model indicates that Comcast wants competition nowhere. These are transparent efforts to preserve the cable cartel that gouges consumers. Comcast wants to be the gatekeeper to the video programming world. This service is a threat to innovative online video and an attempt by the industry to impose the cable-TV model onto the Internet.

Well of course Comcast —a part of this supposedly evil “cable cartel that gouges consumers” —wants to be the gatekeeper to the video programming world. That’s their business model, their very raison d’etre. But the idea that TV Everywhere could be a threat to “innovative” video start-ups like Vuze, Roku and Hulu is an example of the kind of paranoia about large media companies that has infected groups like Free Press and Public Knowledge. Content businesses such as TNT, TBS and CBS are free to run their content on both TV Everywhere and ad-supported free websites like Hulu. It’s their choice. And that choice—as all commercial decisions—will presumably be determined by solid business criteria. If Hulu or TV Everywhere makes sense in commercial terms, then content producers will allow their content to run on these networks. If not, then they won’t.

“If Comcast is not attempting to stifle competition, then why is it only available to Comcast cable subscribers and not nationwide for all Internet users?” Ammori goes on to ask about TV Everywhere.

But why would Comcast make its content available for non-subscribers who haven’t paid to access this content? Does Ammori imagine that this multi-million dollar business initiative is really a charity intent on the public good? TV Everywhere shouldn’t be confused with TV For Everyone. If you don’t pay, you don’t play. Like it or not, that basic economic truth applies to both new and old media.

Not all truths, however, should be applied in exactly the same way in both old and new media. In contrast with traditional media, on the Internet the more empowered consumer has become comfortable with picking and choosing the content for which they pay. Thus the success of iTunes over the Rhapsody model. So the really interesting business question which TV Everywhere raises is whether the old media model of bundling all-you-can-eat content in a single monthly price can work in the digital age of this empowered consumer. Perhaps, in parallel with TV Everywhere, cable companies would be wise to also offer the option of paying for online video content on an a lá carte basis.  But that is a different discussion.

Beyond all the paranoia, TV Everywhere is actually good for consumers who choose to legally access high quality video content on the Internet. The paranoid camp would, of course, disagree. “Under the TV Everywhere plan, no other program distributors would be able to emerge, and no consumers will be able to ‘cut the cord’ because they find what they want online,” Gigi Sohn, Public Knowledge president argued last year.

But Sohn’s pessimism about technological innovation is misguided. TV Everywhere is good news for program distributors because it opens up a potentially huge online channel for new content that wasn’t previously legally available on the Web. The more consumers who watch commercially viable video on the Internet, the more opportunities will exist for innovative online entrepreneurs. TV Everywhere represents one of the most promising business initiatives for bridging old and new media. By putting some of their most valuable content on the Internet, Comcast and Time Warner are doing all non-paranoid consumers and entrepreneurs a huge favor.