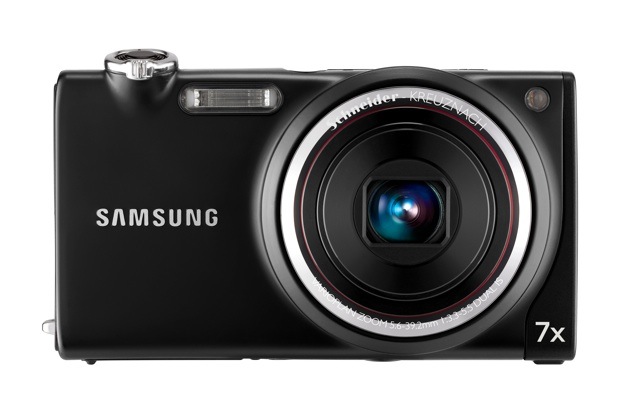 It’s not looking to be a real revolutionary year for digital cameras. Even Casio, who really wowed us last year with the compact high-speed FC100 and FS10, is phoning it in. Samsung has let a few new ones out of the bag, but they’re not exactly thrillers. Nice, to be sure, but well within the bounds of the expected.

There are two new dual-screen cameras, but I think we all feel the same way about those (soul-destroying apathy) so I’m going to skip them. The lower-end cameras are probably decent, but for their price you can almost certainly get Canons that will take them to school. And the NX10 got announced last week, to say nothing of its presence on the net for some months now. That leaves the luxury ones, which are the funnest to write up anyway.

You’ve got two: the TL240 and CL80. The CL80 is the mega-lux version; it’s got 14.2 megapixels, a 7x zoom, a 3.7″ AMOLED touchscreen, and has both Wi-Fi and Bluetooth. That screen is gorgeous, I’m guessing, although there are reports of said screens being bad in bright daylight — and that’s a situation you’ll be in a lot with a camera like this. The built-in wireless connection will be great if the software it uses (if any) isn’t too terrible. Given that it’s not a Sony camera, I think we’ve got hope. 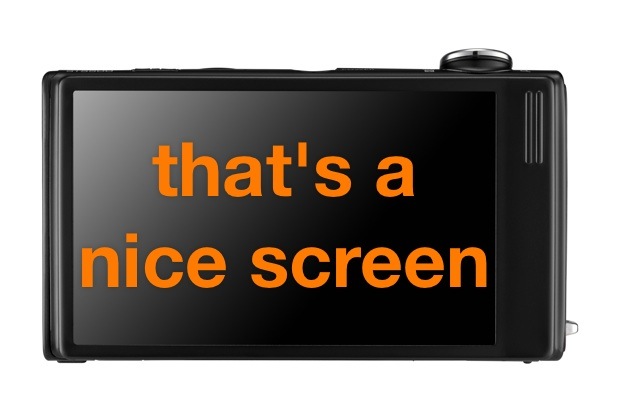 The TL240 is the CL80 minus the wireless and the AMOLED screen; instead, it has a regular 3.5″ screen which I’m sure is just fine. Of course, the both of them have the usual HDMI connectors, 720p video, and smile shutters. I’m not sure I like the “touch of color” that appears when you extend the lens. It might lead to lots of pictures of people peering over the lens at that ring of magenta.

Also, I’d like to extend a wag of the finger to Samsung for, instead of sending 20 medium-sized pictures with various angles and backdrops, giving four pictures (none of the TL24) with the incredible dimensions of 6000×4000 pixels. Really, guys? Which publication asked for those?!