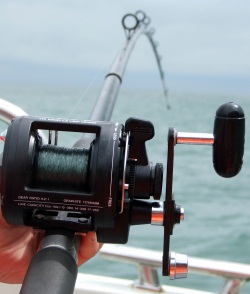 Good catch by Louis Gray, who keeps on monitoring the Twitter-made list of Twitter team members with hawk eyes. Starting today at the new Twitter offices in San Francisco are no less than 10 new staff members in a variety of roles.

The biggest fish Twitter caught is likely Bakari Brock, a former attorney at Kilpatrick Stockton who has served as Corporate Counsel for YouTube and Google since September 2007. Listed as specialties on the man’s LinkedIn profile: “negotiation and drafting of music, video and software licenses; and counseling on copyright, ecommerce, and general policy issues.”

His recruitment hints at Twitter preparing a proper content distribution play, which would clearly require some serious in-house legal talent.

Brock brings heaps of field experience to the startup, and it’ll be interesting to see what his negotiation skill set and no doubt extensive professional network prove to be worth for Twitter. Also joining Twitter from the Mountain View company’s legal team is Anthony Wang, former attorney at Latham & Watkins and Managing Counsel for Google since May 2005.

It’s not only Google losing key staff to Twitter, though. Gray also tracked these people, who are likely starting at Twitter today:

Including these 10 persons, the list of Twitter team members now counts 156 people, although we should note the company also adds freelance workers to it. Other recent hires recently made by Twitter included the Mixer Labs team (through acquisition), Raptr’s Kevin Cheng, Facebook’s Josh Elman and Yahoo’s Utkarsh Srivastava.

Curious to see what the new year will bring for Twitter.