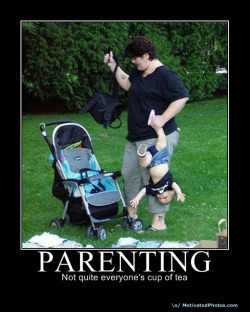 Gotta love cops. A woman in Boston got mad at her 14-year-old son for being up at 2:30am playing Grand Theft Auto. (At least the kid wasn’t smoking dust in the street at that hour.) In fact, she got so mad that she called 911 for help. You know, “You have to help me. My son is up in the middle of the night playing video games! I don’t know what to do!” The cops responded, no doubt aggravated that they had to deal with this garbage, by saying, “Calm down, ma’am. Just put your dumb kid to bed.” That’s not an exact quote, but you know that’s what they were thinking.

The woman, Angela Mejia, feared that her son was addicted to video games. Rather than throwing the kid’s PlayStation into the Charles like a normal parent would do, she waffles, baffled that her son is acting out by having the audacity to stay up late and play games.

And who knows: maybe this kid is absolutely miserable, and the time he spends playing video games represents his only outlet. That certainly sounds familiar.

It’s like, I could see the mother being upset if her son ran with gang-bangers, but staying up past his bedtime to get in a little GTA? Doesn’t sound like too big a problem to me, and certainly not worthy of harassing the 911 operators. As if they don’t have actual emergencies to respond to!