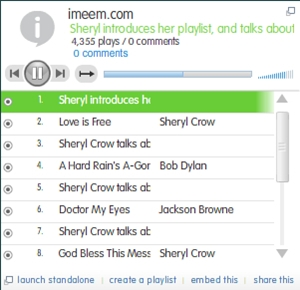 In the two weeks since it acquired imeem in a firesale, MySpace has been met with waves of frustration from outraged users who blame the company for shutting down the troubled music service. MySpace didn’t really have anything to do with imeem’s sudden shutdown (it would have closed shop anyway), but most users don’t care — they just want their imeem playlists and free streaming music back. Today, MySpace is reaching out to these disgruntled imeem users to let them know that their playlists will soon be restored, brought back to life with free streams from MySpace Music.

We’ve known this was happening for a while now (MySpace even tells users who visit imeem.com that their playlists are being migrated), but it now looks like the site is taking a more proactive approach to keeping its users informed. This is probably what it should have done from the start, instead of suddenly pulling the plug on its API and redirecting all imeem traffic to MySpace without any prior warning. But at least your imeem playlists will live on, which is better than nothing. 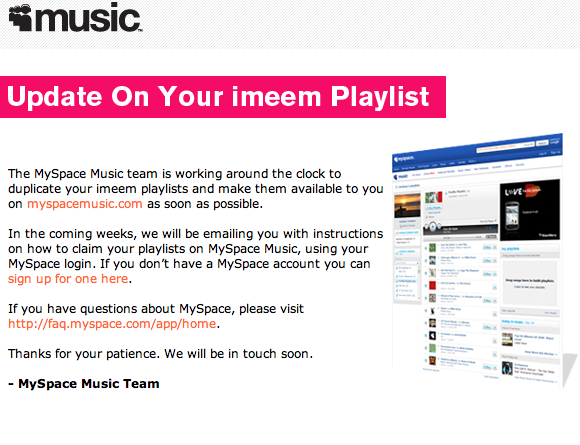