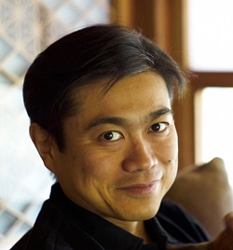 PicScout a startup that produces image tracking technology for stock photography agencies, professional photographers and others is adding the CEO of Creative Commons, Joi Ito, to its board of advisors.

PicScout originally started off as a content copyright enforcer, hunting down unlicensed images on the web with its flagship ImageIRC technology. The company also launched PicApp, a flash-based image provider that offers legally licensed images from large databases for free. The company makes money by including ads as part of the embedded picture viewer.

Ito said that PicScout is bringing sensibility to the image sharing economy by bringing the commercial world and open world together to drive awareness around licensing power for images.

So when you search Google, Flickr, the web and more, IRC can provide you with image credit information when applicable. Image IRC provides a way to support the efforts of Creative Commons licenses and RDFa by validating, fixing and filling in missing metadata on all images online. PicScout claims that tens of millions of images have already been identified.