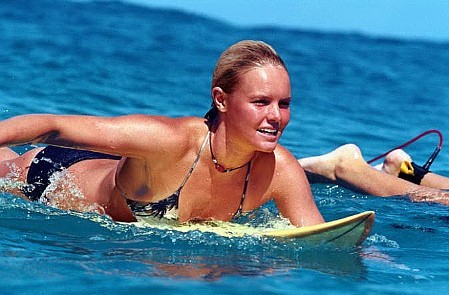 The first time you go surfing, it’s a pretty significant achievement to just stand up on the board and ride a wave. Most people never leave their stomachs, or when they do, they fly face first into the wave. Google Wave, it seems, is not entirely dissimilar.

On its Google Wave Blog today, the company announced a very significant milestone for the young service: A million invites have been sent out. The single biggest complaint about Google Wave so far has been the lack of access to it as everyone who wants to see what all the fuss is about. So Google has opened up the floodgates today and apparently let in everyone who previously requested an invite (though they are still requiring the invite request here). But a million invites is hardly a million users, and certainly not a million happy riders.

After a huge amount of hype following its unveiling at Google I/O, some amount of backlash for Wave was inevitable. But many Wave users still can’t quite figure out what to use the service for. My main problem with it right now is more of a chicken-and-egg one. During my busy days, I never remember to open up Wave, and there is no good notification method that you have new Wave messages, so I skip entire days without visiting. And then when I do, I’m too overwhelmed with what I’ve missed. And even if there was a good notification technique, that in some ways defeats the point of the service. Ultimately, I think Google Wave is something I’d like to have open all the time, as I see it as a new potential variety of communication for the web. And if I have it open, I don’t need another service, like email, to notify me about new messages. But I don’t have it open all the time now because usage among people I know is too sporadic.

Luckily for the Wave team, they have Google backing them. If Wave were a startup, they’d likely be in some trouble right now trying to figure out how best to position themselves. But with Google’s resources, Wave can take its time to find its audience, and most importantly, to let developers build things on top of it. “Although we are opening up access a bit, do remember that Google Wave is still only in its early preview phase,” the team notes today for the umpteenth time. A very early preview with a million plus invites sent out; that’s a pretty impressive early preview.

While Wave finds its way, it has been the source of some great comedy on the web. There have been sites dedicated to pointing out what Google Wave is easier to understand than. And there have been videos using it to reenact scenes from Pulp Fiction and Good Will Hunting. And also the Declaration of Independence. And then others are using it for the opposite reasons: Like to hunt down killers.