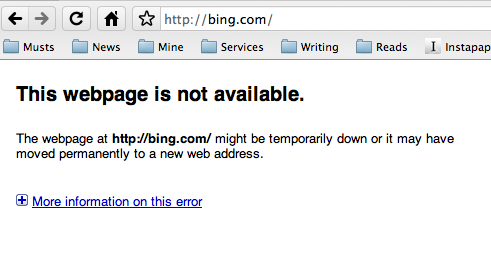 Wow. Bing is completely and utterly down right now and has been for several minutes. The tweets about it are flying in at a massive pace — as are the tips to us. [Update below, it’s back after about 30 mins of downtime.]

It’s one thing when startups, like Twitter, go down, which happens all the time. It’s another when a major search portal does it. If this is part of the new strategy to beat Google, Microsoft didn’t mention it in the Fall Release event the other day.

Remember the shitstorm when Gmail went down several months ago? Just imagine if it were Google itself — the Internet would grind to a halt.

Update: A Bing team member writes that they are “working on bringing @bing back up.”

Update 2: And at least now they have an error page (below):

Update 3: And they’re back. Total downtime around 30 minutes… 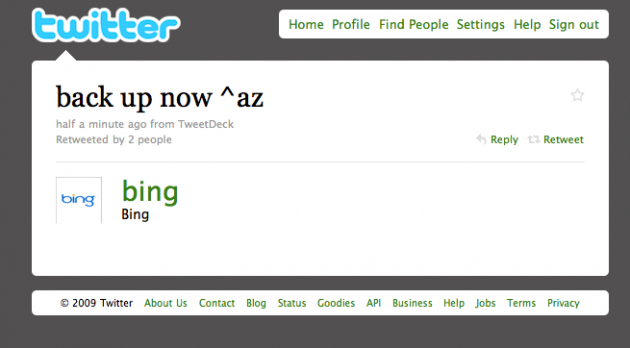