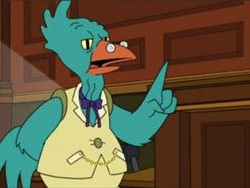 More Psystar news for you. We now know that the Florida-based company will have to pay Apple $2.68 million in damages over its little Hackintosh business. (That’s a partial settlement, not court-mandated or anything.) Go ahead and go to its Web site: everything is out of stock!

Of course, Psystar said it will appeal the decision handed to it that said it violated the DMCA when it installed Mac OS X on PCs.

The beauty of the settlement is that while Psystar has said, yeah, it’ll cough up the $2.68 million, it won’t do so until everything has been figured out. All appeals, all complaints, all everything.

Needless to say, this story ain’t dead yet.

And after running into quite a Windows 7 nightmare yesterday trying to get my video card to scale properly on my new monitor, there’s no way in hell I’m going to run Windows 7 full-time when I finish building this PC. I’d rather sit here all day and get a Hackintosh up and running than deal with the Windows Device Manager ever again. (Maybe I’ll be a huge nerd and triple boot between Mac, Windows, and Linux?)

All I want to do is play Empire: Total War and Team Fortress 2 with more than 15 frames per second. Is that a crime?