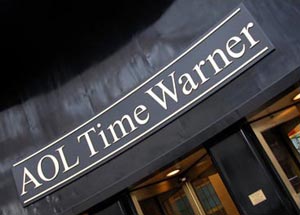 It’s fairly ironic to learn that there was still a lawsuit lingering over Time Warner’s merger with America Online from the beginning of this decade, given that AOL is in the process of spinning off and hitting the public markets as an independent entity before year’s end.

Anyway, there was still one pending suit out of the hundreds that were filed after the multi-billion dollar merger, and now it has been dismissed as well. The end of an era, of sorts.

A federal judge has thrown out the last of the lawsuits, granting Ernst & Young’s motion to dismiss shareholder Dominic Amorosa’s complaint alleging it had failed to link the auditor’s statements to investor losses. U.S. District Judge Colleen McMahon of the Southern District of New York dismissed the private investor’s case earlier this week, saying the E&Y was not the cause for any of the man’s losses.

Amorosa, an AOL shareholder who voted in favor of the merger with Time Warner and exchanged his stock at a one-to-one ratio for stock in the combined entity, filed his suit in May 2003 as the last in a wave of lawsuits that followed media reports of widespread fraud at AOL and its successor corporation.

Aside from Ernst & Young, the suit named AOL, Time Warner, the merged company, Bertelsmann AG and 11 individual executives, but all of those defendants had previously been dismissed from the case in earlier proceedings.