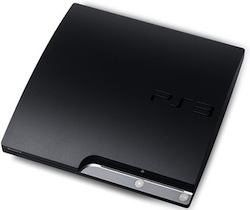 This may be the first holiday season in a long time that Sony is looking forward to. Some 440,000 PS3s were sold last week (compared to 550,000 Nintendo Wiis), and Sony says demand for the system was at “an all-time high.” Good thing for that price cut and re-design, right?

Sony told Gamasutra, which I’m putting here for your convenience:

In today’s economy, consumers are drawn to items that offer the most value for their money, making the PS3 an ideal choice for those who want a comprehensive gaming and entertainment system all in one package.

That’s a fair point. Three-hundred dollars gets you a Blu-ray-playing, online game-ing, Netflix-streaming… you know the deal. The PS3 at $300 is so much more attractive than, what, the $500 Sony wanted for so many years?

Besides, for $500, or a little more, you can build a reasonable gaming PC. It won’t blow you away, no, but a proper PC is so much more versatile than a static consoles.

So now we wait for Microsoft’s numbers.

Did any of y’all take advantage of any Black Friday/Cyber Monday/Awesome Tuesday deals? I saw a few PS3 bundles here and there, but I spent a few dollars on Steam buying Left 4 Dead, Left 4 Dead 2, and Mirror’s Edge. Steam makes it too easy to spend money!