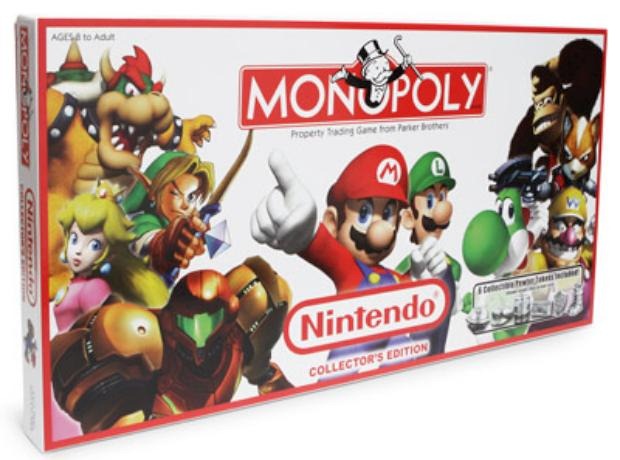 In your face, parents all over the world. After pleading with your children to quit rotting their brains with non-stop video game playing, your suggestion of playing a board game instead has backfired on you with the Nintendo edition of Monopoly.

Longtime Monopoly fans will find the traditional streets replaced with Nintendo characters. Mario – easily Nintendo’s most recognizable face – can be found in the place of Boardwalk, the standard game’s most expensive property.

Other features include Nintendo-themed player tokens, a special 60-minute speed play mode, power-ups and invincibility instead of houses and hotels, and a slew of other enhancements and changes that ought to help bridge the gap between Nintendo fans and Monopoly nuts.