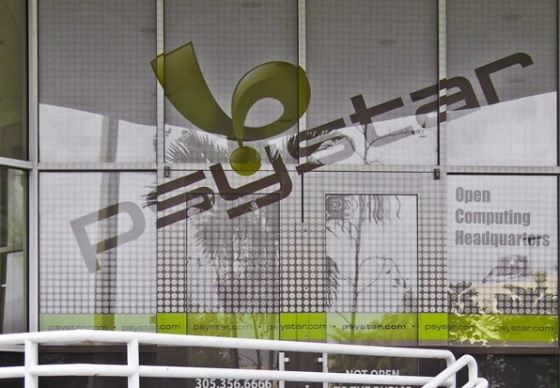 We all know that Psystar is busy bleeding out in federal court, but that doesn’t mean the fun stops. We’ll be dissecting their glorious failure for quite some time. The most recent development: it seems their plan for taking a bite out of Apple’s sales was comically ambitious. How many clones do you think they sold in 2009? Somewhat under a thousand would be putting it kindly. And how many were they hoping to sell? Around a hundred times that.

This according to some recently released slides depicting Psystar’s pitch to venture capitalists — some of whom must have clearly wanted to be taken in, or else they would have called it the cock-and-bull story it certainly was. Now, to be fair, the 12m units figure cited in the headline was part of the “aggressive growth model.” 1.45m was the conservative estimate, which is technically not millions. For reference, Apple sold just over 10m Macs during 2009.

I suppose that these projections, which we may safely call optimistic, are based on geometric growth (unwarranted) from one year’s figures (essentially invent) and failed to take into account the patent illegality of their entire enterprise. Needless to say, these numbers were not met. Psystar sold a fraction of a fraction of what it promised investors, so even if it were to escape total destruction by Apple’s hands, it would simply be dismembered by its mysterious creditors.

I would have welcomed a Psystar laptop, the planned hardware which was to make up the bulk of their fantasy sales, since our own Psystar desktop worked perfectly well. For all I know, Biggs is still using it. I’m writing this on my MacBook Pro, but I know that I as well as many people I know would welcome a cheap, yet non-hackintosh, OS X laptop.

Oh well. This story held our interest because, deep within, we felt it betokened the inevitable confrontation between Apple lovers and the sternly limited Jobsian world they’ve come to live in. You can be sure that this isn’t the last we’ll hear from clone-makers, which seem, like domestic weeds, to continue to sprout in the areas you thought were clear and cultivated. In fact, the wild but unpredictable growth of dandelions like Psystar, PearC, and Power Computing (remember them?) will continue because, let’s be honest, if you could pay less for your Mac, you would. That’s called a market — and damn the EULAs.