The nostalgic gamer — you know the type. Maybe you are the type (I’m definitely the type). The nostalgic gamer is in his or her late twenties to early thirties, was brought up on the Nintendo Entertainment System, and sometimes longs for the good old days when controllers featured only a few buttons (at most). Here’s a list of gift ideas for the nostalgic gamer. 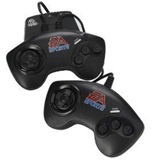 I take this thing with me whenever I travel. It contains two of the greatest old-school Sega Genesis games of all time: Madden 95 and NHL 95. It plugs into any standard TV via white and yellow AV cables and this two-player version here is perfect for reliving the glory days of mid- to late-adolescence with an old buddy. For best results, have Pearl Jam’s “Ten” album playing in the background and sit on a beanbag if there’s one available.

Oh man, I downloaded this the other day and played it for about six hours straight. It’s ExciteBike, through and through, with the added bonus of online multiplayer and all new graphics. The game itself is still as simple-yet-addicting as ever, you can still build your own tracks, and the $10 price tag isn’t too bad considering the multiplayer feature augments the otherwise short single player mode with nearly infinite replay value.

Portable Handheld Emulator: Starting at around $30 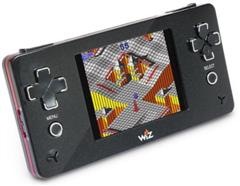 Nothing gets a nostalgic gamer excited like the idea of taking old school games everywhere and, thankfully, there are plenty of portable emulation machines on the market. From the very-reasonable NES emulator reviewed here, to the slightly-more-expensive Genesis emulator reviewed here, you should be able to find an emulator for most older systems for under $50.

The ultimate portable, perhaps, would be the GP2X Wiz, a $180 handheld that runs just about every available retro system available and is backed by a vibrant community of users. Nobody beats the Wiz. 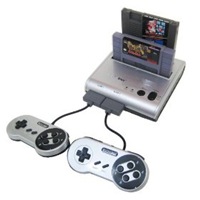 If your favorite gamer hasn’t had the heart to sell, donate, or toss a single NES or SNES game cartridge despite numerous advancements in the magical field of PC-based emulation, then this Retro Duo console is a no-brainer. It’s cheap, too!

Less than $50 for a console that plays NES and SNES games and includes two controllers? There’s not much to consider there – it’s pretty much an impulse buy. 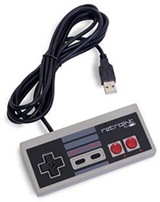 Playing old emulated NES games using anything other than an original controller just feels so… wrong. But if you don’t have the tinkering prowess to convert an original NES game pad into a USB version that can be used with your computer, you still have options. The $30 RetroLink USB gamepad takes care of the dirty work for you, allowing you to play those old NES games the way the gaming gods intended.