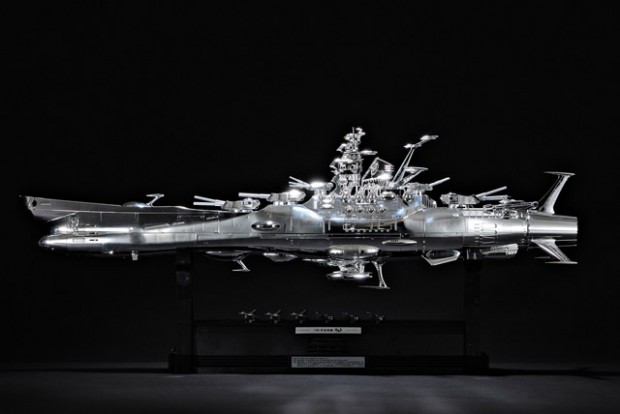 Space Battleship Yamato is the name of a (rather short-lived) Japanese science fiction anime series that was aired on TV in countries other than Nippon some 20 to 30 years ago (outside Japan the anime and the movie versions are also known as Star Blazers or Space Cruiser Yamato). And now, the series’ very cool, eponymous spaceship gets a very pretty model version [JP]. 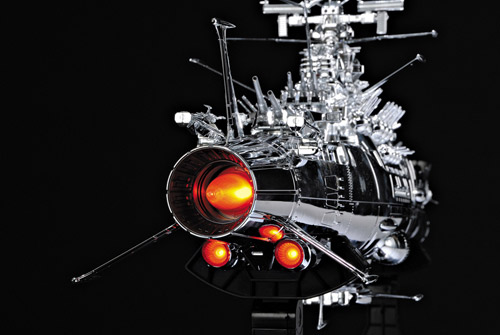 The 1/350 Battleship Yamato scale model is made by Bandai, coated with silver color and looks just awesome. Users get a remote control with which they can make the ship “shoot” or activate the rear engine (you hear cannon shots and see blinking LEDs). The model itself is sized at 766×220×102mm and weighs 1,950g (including the stand). Bandai throws in a bunch of figures (the heroes of the anime) and a set of mini fighter jets, too. 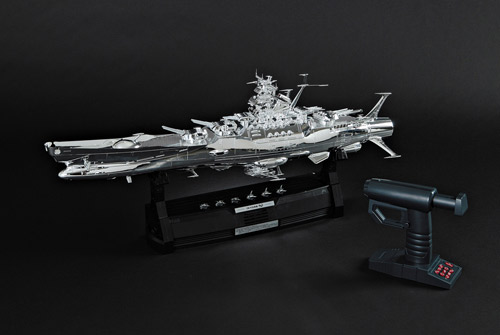 In Japan, Bandai is already accepting pre-orders and will start shipping the first Battleship models to buyers starting from the end of December. The beauty isn’t cheap though: $850. If you’re interested but live outside Japan, ask the Japan Trend Shop or Geek Stuff 4 U if they can buy one for you.