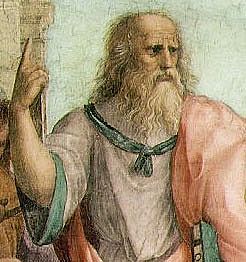 As a blogger, sometimes the most difficult part of writing a post is contacting the company it is about. First, you either have to search your contact list, or the web, to figure out who to reach out to. And then you might not get a response right away. And finally, if you do get a response, it may include misdirection or less information than you’d like. All of these things led to the idea for a new startup, Plato’s Forms.

To be clear, the communication problems run the other way too. Sometimes companies would love a better way to talk to journalists before they publish a story. Plato’s Forms would offer that communication pipeline. The idea is to make it easier for the two sides to communicate on any given story, so the correct information is shared with the readers.

And this communication isn’t meant to be necessarily be filtered through a PR agency (unless the company wants it that way), it’s more about direct interaction. This is meant to cut out all possible noise and just get to the signal of what trying to be communicated, in a timely manner.

Plato’s Forms would charge the companies a subscription fee to use this service, but it would be free to journalists. And this isn’t just meant for big enterprises, they envision that startups would use a tool like this as well.

Since the product won’t launch until next Spring, co-founders Darryl Siry and Ben Metcalfe didn’t have a demo to show just yet. But I’m told that the method of communication will not just be another email or IM tool. And the core of the product is the communication platform, so it will work with a number of different applications, presumably.

The company’s name is derived from the philosopher Plato’s Theory of Forms, Siry tells us. Basically, the thought is that humans can’t understand the true nature of things, but can only interpret it. And different humans have different interpretations. Plato’s Forms (the company) wants to get those more in sync.