I don’t know about you, but I have a male geek crush on Cooliris, the startup behind this splendid technology that enables users to browse photos and videos from the Web, their desktops or their iPhone devices in a visually attractive 3D manner that one really has to try to get a feel of how amazing that can be.

Publishers are starting to notice that too, and are increasingly turning to the startup to make some of their own imagery and video content more visually appealing and browsing it, well, downright sexy.

If you’re not familiar with Cooliris and the Flash-based Embed Wall product that TV.com is now using for its website, go check it out on there or head straight to the Cooliris website to learn more. My guess is you won’t be disappointed, neither as a user or as a publisher.

Backed with about $18.5 million in VC funding, Palo Alto, CA-based Cooliris has also debuted an interesting way to generate advertising revenue with its service.

And with deals like this one with TV.com parent company CBS Interactive, more and more people will grow familiar with Cooliris products, which in turn will make them more interesting for publishers to add, and advertisers to promote their wares on. 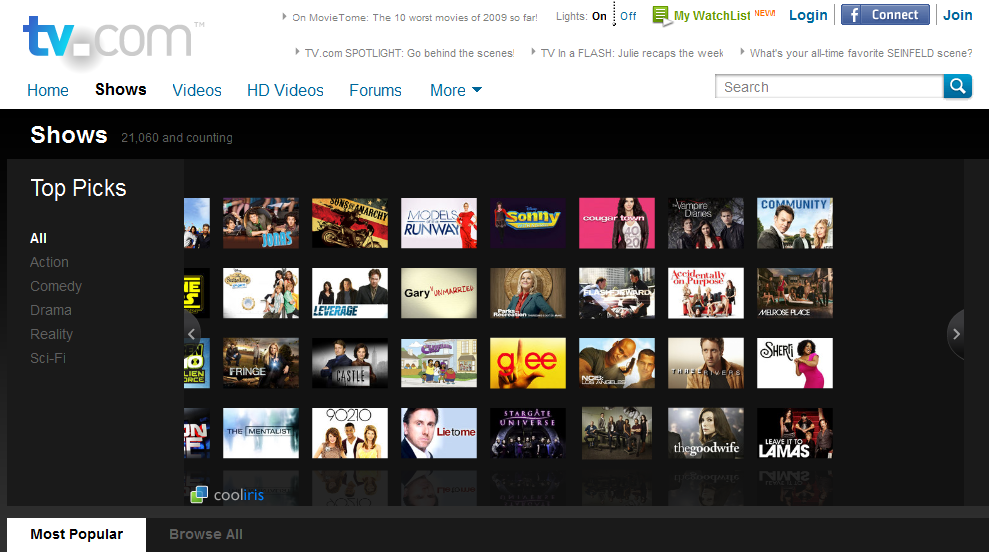