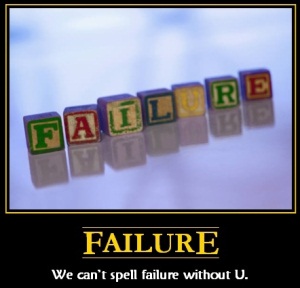 Newspapers continue to struggle with finding an economically viable and sustainable business model for the production and distribution of news on the Web, and not a day passes without me reading about some idiotic statement about the future of online news or journalism made by someone in charge of something at one of the world’s beleaguered newspaper and/or magazine publishers.

Today we have James Harding, editor of News Corp-owned The Times, giving some insight into the publisher’s plans to generate revenue from the online edition of the paper to an audience of senior editors and executives at the Society of Editors conference in Essex, per PaidContent.

The plans? To charge for 24-hour access to the website of the daily newspaper in combination with a subscription-fee based model.

Seriously, Harding apparently said he believed charging for a full day’s access to online news you can – and will continue to be able to – essentially get for free elsewhere is a good idea. Pledging to “rewrite the economics of newspapers”, I can’t help but wonder how he wouldn’t expect such a stupid endeavor to rewrite nothing but the economics of The Times exclusively.

And not in a good way.

Paywall brouhaha aside, I figured everyone realized by now that people tend to cherry pick news content online based on their time and specific interests, and that there was quite some agreement around the fact that people vote with their wallets when given more individual choice (e.g. evolution of music album sales vs. single track sales). If you could choose between paying per single song stream rather than spend your money on 24-hour access to an entire album, which would it be?

Even if you still go out and buy the news as printed on actual paper and subsequently read every single article in it, how many people are like you, you reckon? And if you wanna read everything and everyone a daily newspaper has to offer anyway, why not just, erm, continue to buy the newspaper instead of paying for time-limited access to the digital version of it? Because the advertising alongside articles in the latter case is more interactive?

Despite clear indications of the contrary, Harding believes people will be prepared to pay for news, citing the 270 million books purchased annually in Britain as evidence of an “enormous appetite for the written word and for news”. Except of course you usually pay for a book only once in your life and it (hopefully) stays relevant for the rest of it, while a newspaper by definition stops being a vehicle for actual news the very moment it gets printed.

At least Harding and I agree that micro-payments are not the way either – he claims newspapers should be “wary” of article-only economics because they could find themselves “writing a lot more about Britney Spears and a lot less about Tamils in northern Sri Lanka”.

An excerpt from the MediaGuardian article (see PC follow-up too):

“From spring of next year we will start charging for the digital edition of the Times. We’re working on the exact pricing model, but we’d charge for a day’s paper, for a 24-hour sign-up to the Times. We’ll also establish a subscription price as well.”

The paper’s recent decision to end the free distribution of bulk copies was in line with this strategy, he said.

“We think it’s good for us and good for business to stop encouraging the trickery and fakery of the ABCs. We want real sales to real customers – that’s what our advertisers want too.”

There’s not a doubt in my mind that that’s indeed what The Times wants and hopes for.

There’s even less doubt in my mind that this is not what readers want, though.