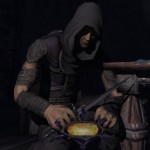 Thieves in Willebroek, Antwerp cut a hole in the roof of an electronics warehouse and stole 3,000 to 4,000 iPhones, one of the greatest heists of its kind in history. The phones were headed to Belgian Mobistar and are estimated to be worth $3 million.

The news article noted that the thieves made a hole directly over the iPhones which suggests they knew exactly where the phones were being kept.

The phones can be feasibly tracked and can only be activated through jailbreaking, which could put a damper on their online sales. Also, this comment was funny:

Which roughly translates to “Don’t pity them. Mobistar is the thief when it comes to subscriptions.”