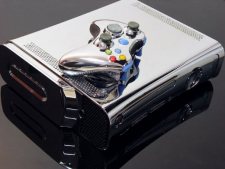 You’ve got to admit, Microsoft is having a good month. First, they release Windows 7. Now, they hit a rather remarkable milestone of 10 million consoles shipped in Europe.

No word on how many of those consoles were sold to replace units that had died due to the RROD, but it’s impressive nonetheless. The Xbox 360 is also the only console to show year to year growth in the EU this year. Love it or hate it, the Xbox 360 has turned into the quite the home entertainment appliance. You can read the whole press release here.

Which is just what Microsoft wants.