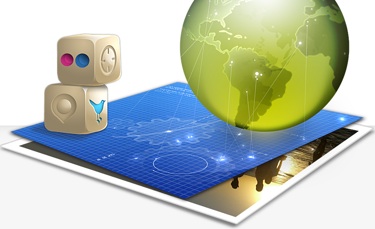 Location, location, location. With the growing ubiquity of GPS-equipped phones, there is a virtual land rush going on right now to put geolocation capabilities in every mobile app. Today, Mixer Labs, the folks behind TownMe, introduced the GeoAPI, aimed at developers who want to add geolocation features to their apps in a plug-and-play fashion.

The GeoAPI is built on top of what was previously called the TownMe GeoAPI, which offered a reverse geo-coder for lat/long coordinates and geo-database of 16 million businesses and points of interest. But now it is its own separate product, and with today’s release the GeoAPI now includes geo-coded Tweets and Flickr photos, improved search, a dedicated short URL (http//:geo.am) for location-specific links, an iPhone SDK, and better intersection data. You can find out more details here.

So a developer who wants to build their own Foursquare/Gowalla-type mobile app with check-ins and geo-Tweets can build it on top of the GeoAPI instead of assembling all the underlying data from scratch. Developers get up to 20,000 queries per day for free. They can also store their own data in the GeoAPI servers and run geo-queries against them.

To get a basic feeling for how this works, check out these simple demos for geo-coded Tweets and Flickr photos in San Francisco. You click on a neighborhood and it shows recent Tweets or photos taken from there.

Mixer Labs co-founder Elad Gil was the first product manager for Google Mobile Maps. He will find competition for creating a geolocation infrastructure for developers from SimpleGeo, founded by Matt Galligan (previously of Socialthing) and Joe Stump (ex-lead architect of Digg). Both Gil and Galligan will speak on the Geo Streams panel at next week’s Realtime CrunchUp, along with geo experts from Twitter, Foursquare, Google, and Hot Potato. (Tickets are still available). I’m sure we’ll be hearing a lot about which geo API is going to be better.