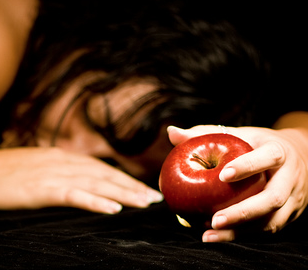 “For every dev that leaves iPhone in frustration, 1000 new ones join up. iPhone is an unstoppable train regardless of how much we complain.” – Joe Hewitt in a tweet yesterday.

How right he is.

Facebook’s VP of Communications Elliot Schrage has just left us a comment on our post from yesterday explaining that while Hewitt may be moving on, Facebook “has a great team of engineers taking over iPhone related development.” May an entire team blossom, apparently.

Schrage left the comment because there has been much brouhaha over developer Joe Hewitt’s decision to stop working on the Facebook iPhone app because he’s fed up with Apple’s App Store policies. Schrage obviously wants to make it clear that Hewitt’s stance does not in any way signify how Facebook as a company feels towards Apple . We don’t really think our story yesterday implied that, but okay, noted.

This is Elliot Schrage, VP of Communications at Facebook. There’s been a fair amount of confusion and speculation about Joe’s comments and whether they reflect the official position of Facebook. They don’t. Facebook’s relationship with Apple and our commitment to the iPhone platform remain strong. IIn fact, though Joe himself will be moving to new projects, Facebook has a great team of engineers taking over iPhone related development. More generally, our work bringing Facebook Connect to the iPhone and with iTunes, iPhoto and other great products over the past year should illustrate our commitment to expanding our relationship with Apple and finding new ways to offer new services and features to the people who use both our products.

A beautifully crafted (minus the typo, of course) piece of PR work there. Are you reading this, Apple? Facebook is asking nicely not to be put in the penalty box.

Seriously though, while Facebook may not be on the same page as Hewitt with regard to the App Store policies, we are. As much as I think Apple generally makes great products, the App Store continues to be rife with hypocrisy and heartache. And it’s only going to get worse as it continues to grow. It’s good to see a developer of Hewitt’s caliber take the stance. 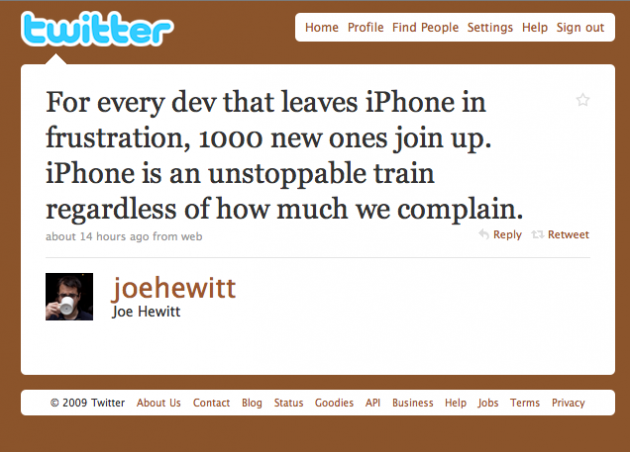