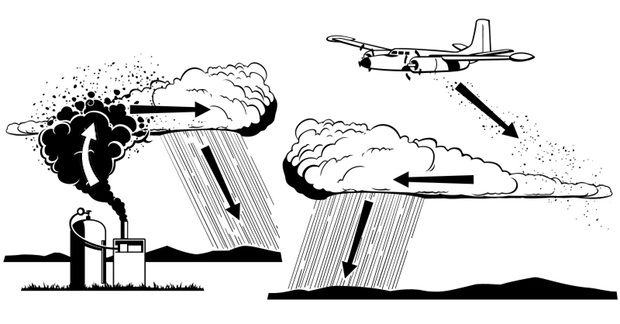 In lieu of an actually interesting collection of words and punctuation marks, I present this debate that has nothing to do with us: the weather in China. It seems that they’ve figured out how to control the weather over there using super-duper technology called cloud seeding. You may have heard of it. The problem is that officials there are blaming scientists for causing a major snowstorm; more snow is expected in the coming days. Basically, it’s snowing too much, too early, and the powers that be aren’t happy.

Like I said, I sincerely doubt the good people of Columbus, Ohio care about the weather in China, but it helps introduce a topic that I can run with for a minute: should man control the weather? I’ve come up with two points of view based on zero research to help get the conversation started.

Yes we should! We’re mankind, the top of the food chain and arbiters of all that happens on the planet. If we can move earth, drain lakes, divert rivers, drop nuclear bombs (throwing untold garbage into the atmosphere), then why shouldn’t we be allowed to control when it rains? I can see it being genuinely helpful, too, bringing rain to an area that’s going through a drought. You know what I mean. It wouldn’t merely be controlling the weather for the sake of it.