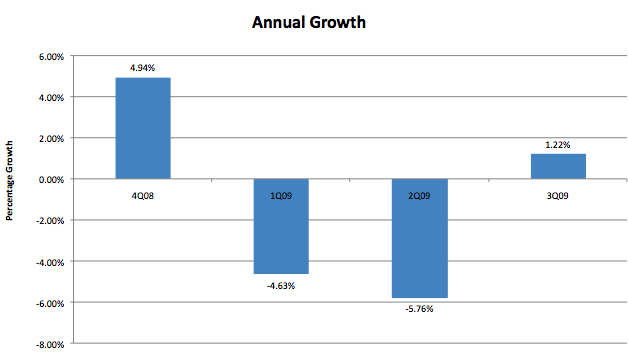 At least it is for Google, which was the only one of the four horsemen of Internet advertising to see its ad revenues rise in the quarter (up roughly $400 million from both last quarter and last year). Yahoo, AOL, and Microsoft were all down on both a sequential and annual basis. (All the individual company figures are in the table below).  Google benefits more from search advertising and is less exposed to display. The question now is whether display advertising will follow the recovery already being experienced by search advertising.

Since these four companies account for such a large portion of total Internet advertising, looking at their combined advertising revenue numbers serves as a good indicator of the health of the overall online advertising industry.  I like to keep track of the combined total every quarter

These numbers represent global advertising revenues, and include network revenues paid to affiliates through AdSense and Yahoo’s ad network. Google’s licensing revenues for Google Enterprise Apps have been stripped out. For Microsoft and AOL, I include only the advertising portions of their online revenues as reported in their quarterly earnings statements.  Microsoft restated revenues for its online division last quarter, largely due to the divestiture of Razorfish, so the overall numbers changed a bit from previous posts.

Below is a table with all the numbers: 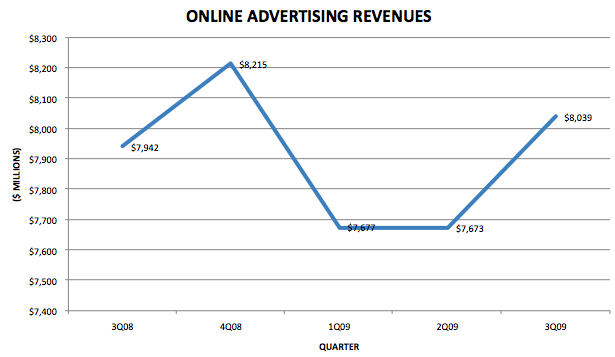