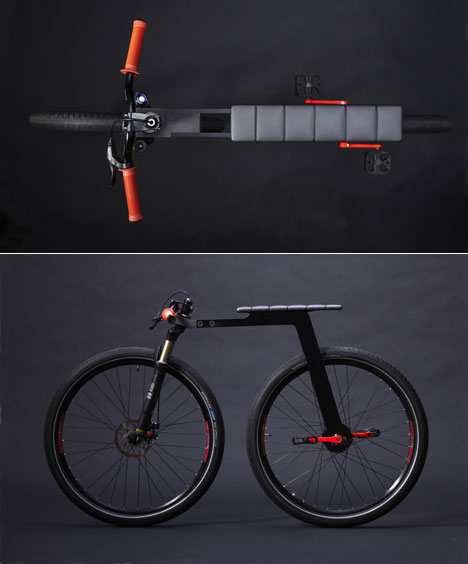 Living in Seattle, you see a lot of fixed-gear road bikes. Why that is, I leave the reader to determine, since we have more than our share of hills and rough roads. I suppose the simplicity of the bike is part of the attraction (also: hipsterism). J. Ruiter, a designer in Michigan, decided that it wasn’t quite simple enough, though, and has removed pretty much everything from the bike except the absolutely necessary frame bits, handlebars, seat, and pedals. The last item is attached directly to the axle of the rear wheel, which makes it look rather uncomfortable.

I admire the idea, but you’ve got a couple problems here. First, all your weight is on your crotch — even more so than on normal bikes, which are no picnic for those of us who keep important things there. Pedals are right below you on a normal bike, because you get power by pushing against your own weight, which forms the counterbalance. On this bike, you’re pushing forward, probably against your arms. That’s going to be incredibly fatiguing. So when they say it’s for short range urban travel, they better mean short short range. 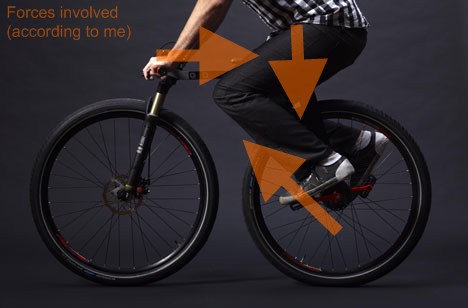 Luckily, there is a grip brake, which they probably included due to the number of people who died testing the pedal brake on earlier models.