More than 1/3 of all Internet users worldwide visit MSN every month. 400 million people. That’s way more than AOL’s 80 million, and not ridiculously out of reach of Yahoo’s nearly 600 million. But still, it’s the most popular Internet portal that no one actually ever goes to. Starting tonight though that’s going to change. Or at least, MSN is changing. We’ll have to wait and see how usage numbers are affected if at all.

The most notable change is a new logo and lots less blue (a screen shot of the old MSN is below for posterity). Everything is sleeker and easier to read. Not as many links. More video (hot HD stuff using Silverlight). Lots and lots of Bing bling and Live.com services.

Log right in on the bottom right of MSN. Half of their monthly visitors are already Facebook users, says Microsoft. And 15% use Twitter. So having the ability to read and create Facebook and Twitter messages right from the portal page is a good idea. For users with Silverlight, more advanced apps will be available.

Microsoft will roll out the new version over time. But if you want in right now, and just absolutely positively can’t wait in line, you can see it immediately by going to http://preview.msn.com. 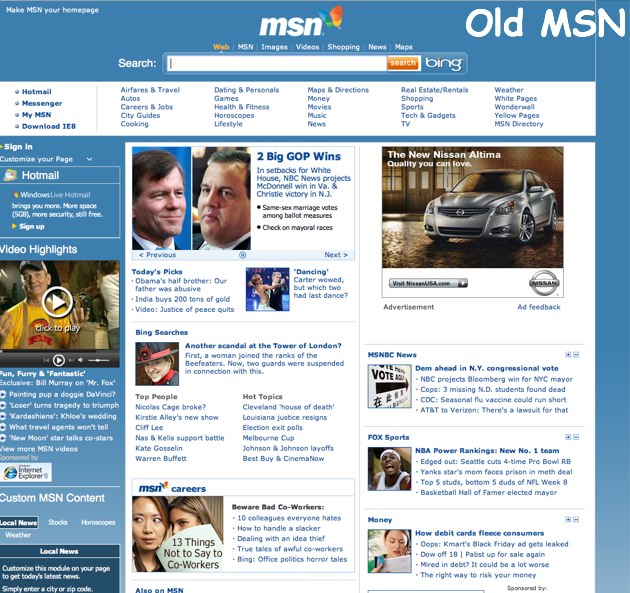