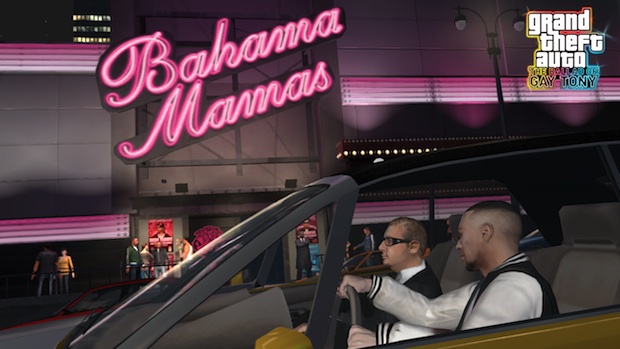 That’s right, I’m going to be that guy since CrunchGear is maybe one notch above a random message board. As I suspected, Ron from Ron and Fez, is in Grand Theft Auto: The Ballad of Gay Tony. (Apparently East Side Dave is in another upcoming Rockstar game. Let’s speculate which one!) His voice is in the game (continuing the trend of XM 202 guys being in the GTA games), and I’m going to spend my evening tonight trying to find it. The sad part is that I’m not even lying. I literally have nothing better to do with my time.

I’m writing this around noon ET, and Lazlow, one of the big shots at Rockstar, and for whom I’d burn my house down for the chance to interview, is on Ron and Fez on Sirius XM telling crazy stories about Oklahoma, and about how he hired a homeless dude to be in the game. One of the guys on the streets of New York who bang on buckets and whatnot.

Is this news? Only in the loosest sense of the word. Hopefully R&F fans will get a kick out of it.

• The PC version of Episodes from Liberty City doesn’t have a release date. Actually, let me rephrase that: there’s no word on any possible PC version of the game, with Lazlow citing PC piracy as a possible reason for the delay. In short: don’t expect a PC version any time soon.

• Lazlow said that using big name voice talent (Sam Jackson in San Andreas, for example) isn’t necessarily the way to go, since they’re not necessarily draws. What draws people to games like GTA is the game world, the game experience. No one is saying, “Hey, Sam Jackson is in that game, I’m going to buy it now!” Doesn’t happen.

That’s about it. Enjoy your day~!