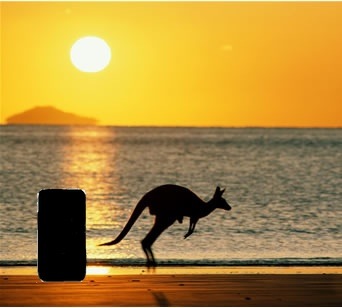 “Media insiders” in Australia are reporting that Apple has approached them to produce content for a device “larger than the iPhone.” The Sydney Morning Herald puts another shrimp on the barbie by saying:

Apple has sent specifications of the device to Australian media companies in an effort to sound out whether they would be interested in delivering their content to the tablet. None would speak about the device on the record.

This follows Bill Keller’s offhand remark that the paper was working for content on an “Apple Slate.”

My thought is this: if Apple was going around looking for content for its “slate,” I doubt they’d be going to newspapers first. Newspapers are the low-hanging fruit of this equation – a text feed is all you need to churn out pages and pages of content. They’d really be talking to app and game programmers and none of those folks have mentioned anything about anything. When you want to launch something super secret you don’t go to the people who will tell your secrets.

Media partnerships are the least of Apple’s concern. Media needs Apple and I’m sure once the TabletPadiPad comes out they can just waltz in, lay down a contract, and Keller and everyone else will sign all night long. These are the people who need the least lead time.

The SMH also mentions a forthcoming new album format which has already been released in iTunes, a revelation that suggests the paper isn’t quite up to speed on what’s going down in the Interlands.